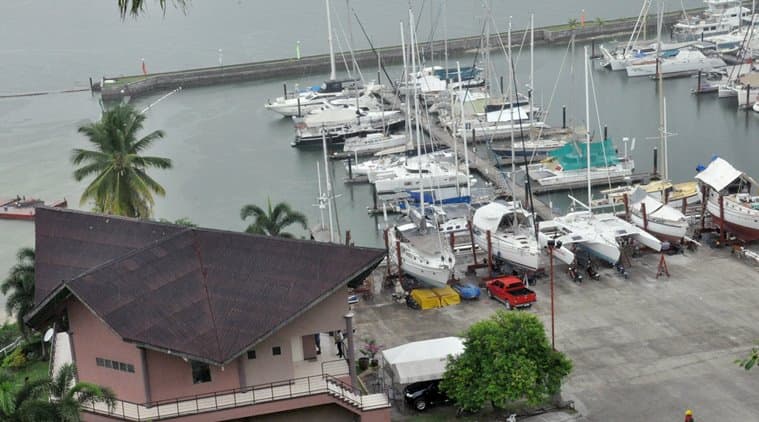 A man walks inside the compound of Holiday Ocean View Samal Resort, on Samal Island in the southern Philippines Tuesday, Sept. 22, 2015, a day after unidentified gunmen abducted a Norwegian resort manager, two Canadians, and a Filipino woman from this southern Philippine island, the military and police said. (AP Photo/Manuel Cayon)

Philippine forces mounted land and at sea searches Thursday for a former Italian Catholic missionary a day after he was abducted by gunmen in the south, where he has lived for years despite a history of attacks against fellow Italian priests, officials said Thursday.

At least six men, some armed with rifles, dragged Rolando del Torchio from his pizza restaurant into a van and then to two motor boats and fled under cover of darkness Wednesday from Dipolog City in Zamboanga del Norte province, city police chief Superintendent Ranie Hachuela said.

Del Torchio’s abduction came after two Canadian tourists, a Norwegian and a Filipino woman were kidnapped last month from an upscale marina on Samal Island in Davao del Norte province, also in the south. There has been no trace of the four.

The abductions have been the latest reminder of the long-running security problems that have hounded the region, which has bountiful resources and promises but is hamstrung by poverty and an array of insurgents and outlaws.

Hachuela said security cameras caught images of some of the gunmen and that may help authorities identify them.

But police said they do not know who is behind the latest kidnappings.

Del Torchio was an agriculturist who became a missionary with the Pontifical Institute for Foreign Missions, a Catholic group founded in Italy which has about 500 members in 17 countries. He helped farmers hone their skills and set up cooperatives in poor communities, according to a colleague, Father Gianni Re.

“He’s a very approachable person,” Re said by phone, adding that del Torchio left the Catholic mission several years ago but stayed on in the region even though three Catholic missionaries from the institute have been kidnapped and two others killed in the past three decades.

Re, who heads the institute in the Philippines, said 10 other Italian missionaries are still working in the southern Philippines.