When discussing the various physical and mental struggles that an athlete endures, both on and off the field, little attention is paid to how female sportspersons manage menstruation during their intense training sessions and matches. Their monthly cycles often expose them to several complications — physical and psychological — but the issue, impacting almost the entire female sports ecosystem, is usually brushed under the carpet. Veteran Indian cricketer Jhulan Goswami recently opened up about the same in an episode of Wednesdays with WV, hosted by WV Raman, former Indian cricketer and former coach of the India women’s national cricket team.

“I think that [menstruation] is the most challenging part as a female athlete and I think all the athletes have faced all the same kind of stuff and if it is during computation time, it was a huge challenge to compensate for that area and concentrate on your job,” Goswami said on the show. “This is challenging for every female athlete in this world, and that’s why we say that female athlete are very special. Going through a lot of pain in her body and doing this kind of physical activity is challenging. During match days, it’s a huge task. I think it takes a lot of courage to come out of that situation and play and be there for six hours on the cricket field.”

Calling it “a big challenge for girls”, the ace pacer explained that the nature of the job doesn’t permit them to be in the room, in the bed, and take proper rest. “You have to go and play an important match. It can’t be an excuse. Physios and doctors play a big role in this. This is normal. We can’t complain about that. We accept and we prepare that way. We try to give no more effort. We can’t give excuses for that.”

Indian athlete and Padma Shri awardee Deepa Malik said, “When I was a swimmer, it was even more challenging. Sometimes, your competition dates clash with your menstrual cycle and nobody is asking you when they make the timetable of the competition. One of the major challenges that I faced was when I was preparing for my third Asia Para Games. I was 48 and was bleeding 15 days a month because I was going through my menopause.”

She added that due to her physical and emotional involvement in the game and winning the medal for the country, dealing with her menstrual cycle became easier for her. “I had a healthy menstrual cycle because I was regularly exercising. I have never taken menstruation as a challenge and that’s exactly what we need to share with other women,” Malik said.

However, these prolonged hours of physical activities during periods, without adequate rest, may take a toll on a player’s well-being and performance. According to Dr Jnanashree BR, Consultant Obstetrician and Gynaecologist, Apollo Hospitals, Sheshadripuram, Bangalore, “Up to 50 per cent of elite and non-elite athletes report the perception of impaired performance during menstrual cycles.” 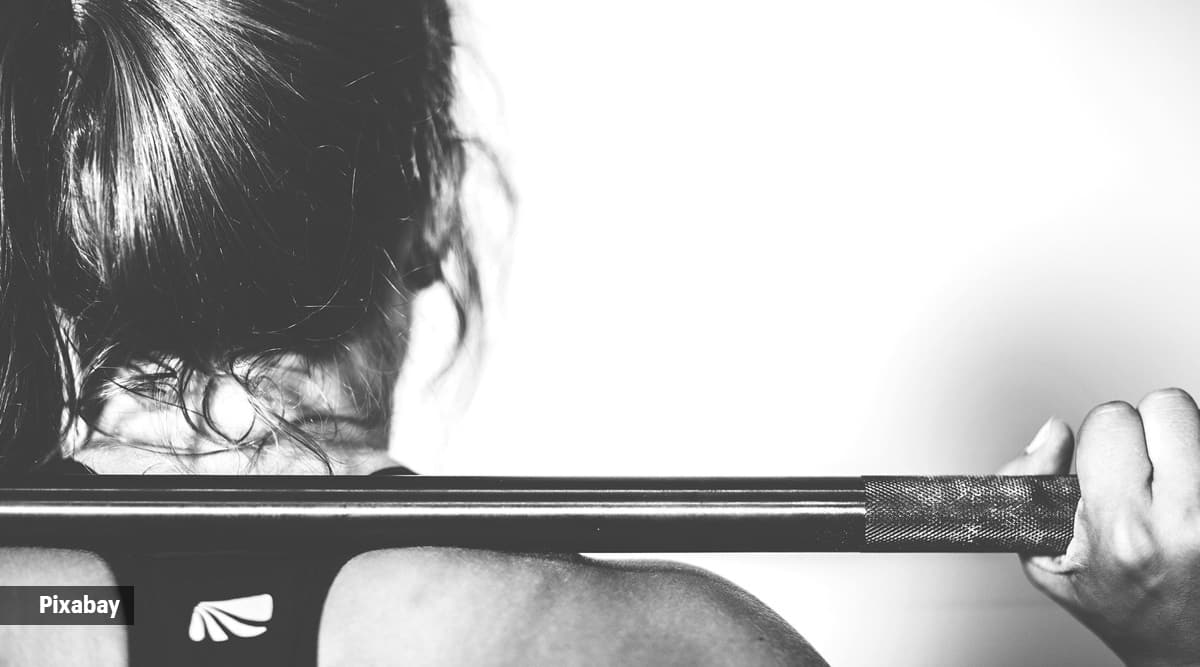 Did you know that such intense training also put them more at risk of injuries? Explaining the same, Dr Birbala Rai, Senior Gynaecologist and Laparoscopic Surgeon, PSRI Hospital, New Delhi said, “At the time of ovulation, the estrogen levels are at their highest. Ovulation is the midpoint of the cycle. So the late follicular phase and ovulatory phase are the ones that are important for athletes. It is because, at that point of time, the laxity of the ligaments is there and knee injuries can occur.”

Dr Rai added that a woman is prone to injuries during menstruation also because she is low on energy during this period. “A woman may also experience a lot of pain or dysmenorrhea (heavy menstrual bleeding). This can distract her and lead to possible injuries,” she added.

According to Dr Anita Kant, Chairman of Gynaecology and Obstetrics, Asian Hospital, Faridabad, “While prolonged and strenuous exercise during menstruation does not harm, actual facts state that athletes tend to have postponed periods, scanty flow or develop amenorrhea.”

When it comes to the impact on their performance due to their menstrual cycles, Dr Jnanashree said it depends on several factors. “How the menstrual cycle affects a female athlete’s performance is highly individual as symptoms like fluid retention, weight gain, mood swings etc vary from person to person and more research is needed to optimise outcomes.” 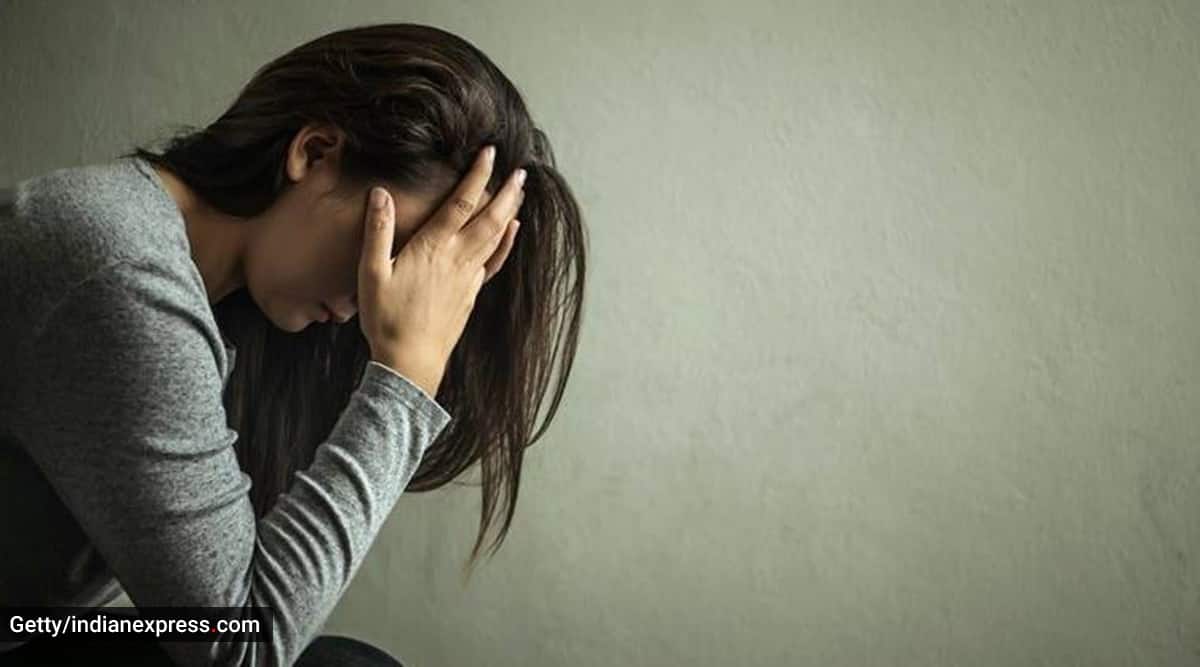 Apart from the physical impacts, menstrual cycles also take a mental toll on female athletes as the topic is still taboo and sportspersons aren’t expected to complain about their discomfort during this time. Highlighting the same, Goswami said: “During that time, you’re not able to concentrate more, not able to deliver more, but other people don’t know. People start criticising but no one knows the backstory.”

Dr Sanjana Kiran, a high-performance sports psychologist, who has worked with around 200 Olympians, added that when athletes complain, they are seen as someone “not dedicated enough, not passionate enough, not as focused, not willing to give their all and not having enough perseverance”. “It is usually seen as an excuse and they are hardly given the benefit of doubt. But, why would an athlete want to waste a training session?”

What happens, according to the sports psychologist, is when female players push through their menstrual cycles, depending on the intensity and symptoms of their menstruation, they get tired and are not able to give their best. “That kind of adds to their mood swings which is already happening due to the hormonal shift inside their bodies which they don’t have much control over. So, menstruation is also a time when you don’t want to take additional stress because your body is already going through some amount of weakness owing to your menstrual cycle. Mentally, too, you aren’t feeling that great so it makes the situation worse. After the cycle, you could be a little tired because there’s so much blood loss and not all bodies recuperate faster.”

The topic being taboo only adds to the misery of female athletes as they are, more often than not, unable to communicate their concerns. “When I was young, I could not share all this stuff with my coaches and had to quietly fight everything,” Goswami mentioned.

Addressing this issue, Dr Kiran said, “During menstruation, rigorous physical movement is not good. That puts you under so much discomfort. To add to it, if this is something that is not talked about, then how do you put it across, especially to your male coaches? Ideally, it shouldn’t be a taboo topic but we have to be sensitive to the cultural backgrounds of many women. How do they put it across? Not all female sports teams, assuming that their head coach is a male person, have a female person/official/assistant coach in that ecosystem. So, it becomes really, really difficult. This is an issue that most of my female athletes, from across the world, have brought up in our conversations.”

Further, she highlighted the lack of infrastructure in the country that could enable female athletes “to clean up, change or do whatever they might have to, to make it a little less difficult for them”. Many athletes also end up postponing their periods, the sports psychologist said, leading to long-term impacts on their health. 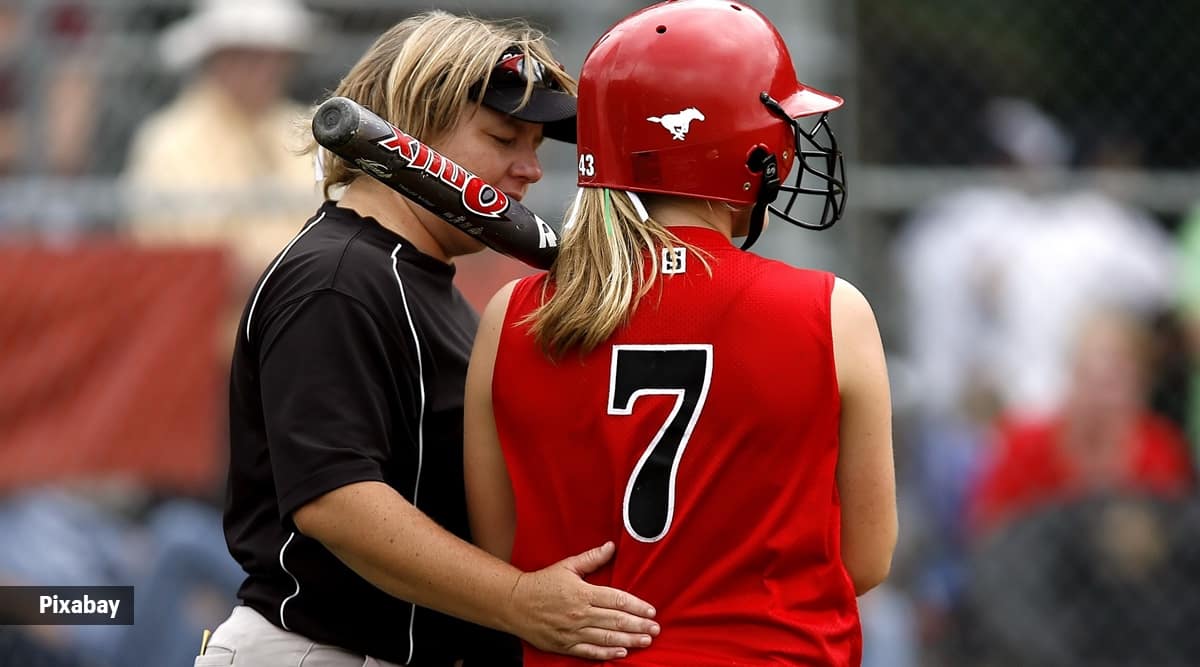 To address these issues, Goswami called for adequate research to help women during their menstrual cycles. “This is something people should accept and should research properly and see how we can improve. A lot of science is there, so if you can come out and make sure that, during that time, they can get a few adjustments in things. Match timings, training timings – these are things that can be looked at because everyone wants to be fresh during competition time,” she said.

Concurring, Dr Rai said, “I would suggest that the authorities should look into female athletes’ health and also take note of the phases of the menstrual cycle so they do not put into intense training around the ovulatory or the menstrual phase of their cycles.” This is required, according to the expert, to avoid injury and give female athletes more longevity in their careers.

For the same, Dr Kiran stressed the need for open communication between athletes and concerned authorities. “It is important to find a way to put this across to the coach or the person monitoring your training. Secondly, athletes can monitor their period cycles so that they can adjust the training load, in consultation with the coaches, because when you train extensively during menstruation, it can have lasting impacts on your health. So, it’s important to educate the athlete on what can happen, what can go wrong, and how to have a conversation about it. But more importantly, it is important to educate the sports ecosystem – helping them understand what periods are all about, how painful the cramps can be, how heavy the flow can be, and how taking a lot of painkillers is not good for a woman’s health.”

Malik asked women “to be mindful of the medications that they are using, be in touch with their sports medicine doctor and keep a very close watch on the list of NADA and WADA prohibited medicines. If these medications are required, it’s essential to fill up your Therapeutic Use Exemption (TUE ) certificate”.

Agreeing with Dr Kiran, Malik also highlighted the need for clear communication between an athlete and her coach. “There has to be sensitisation around menstruation in the sports ecosystem. There should be clear communication around the planning of training and exercise sessions. Even athletes have to overcome their shyness and communicate their concerns. It is still taboo and women still hide their sanitary napkins. I would encourage girls to talk about issues concerning their health. We can also have more female sports medicine doctors in the ecosystem. If more women join, then communication will become easier,” she said.

If this is managed well, then athletes can focus on their performance, without compromising their health, Dr Kiran concluded.