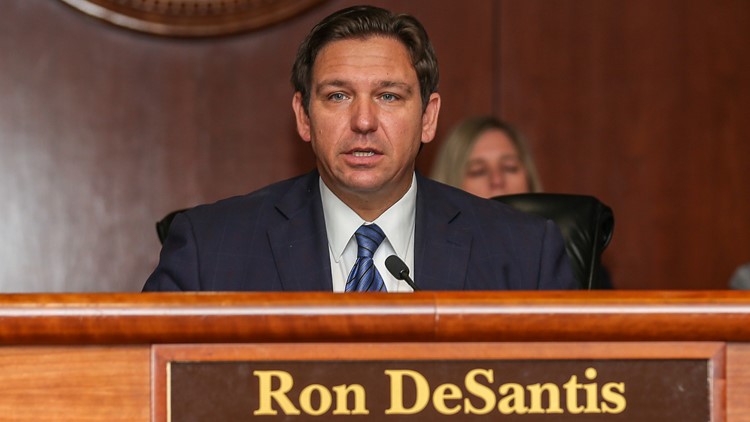 In the lawsuit, it says that the migrants were lured onto the flights with false promises of jobs and housing.

ST. PETERSBURG, Fla. — Migrants who fled from Venezuela and were taken to Martha’s Vineyard on two planes filed a lawsuit against Florida Gov. Ron DeSantis and the state on Tuesday.

The 50 migrants made up of men, women and children were shipped off on two planes to Massachusetts as part of what DeSantis calls the state’s relocation program.

According to the lawsuit, the migrants fled Venezuela because their lives were threatened by violence, insecurity, abuse of trust by government officials and instability.

The lawsuit also accuses DeSantis and the state of Florida of relocating the migrants for their own political statement.

“[They]…executed a premeditated, fraudulent, and illegal scheme centered on exploiting this vulnerability for the sole purpose of advancing their own personal, financial and political interests,” the lawsuit stated.

Migrants were told false promises by those who were in the process of relocating them to Martha’s Vineyard, such as that they would get employment, housing, educational opportunities and other assistance upon their arrival in either Boston or Washington D.C., the lawsuit says.

Also, the migrants reportedly were not told that they were being transported to Martha’s Vineyard and were not given any food or water during the flight.

Migrants were dropped off at Martha’s Vineyard in the evening with no food, water or shelter, and nobody in Massachusetts was alerted of their arrival, according to the lawsuit.

DeSantis said he is standing by his decision to fly the migrants to another state and plans to relocate more migrants to sanctuary cities. 10 Tampa Bay has reached out to the governor’s office for comment on the lawsuit filed. The story will be updated once we receive a response.

Records show the state of Florida recently paid $615,000 to an Oregon-based aviation company as part of what the DeSantis administration calls a state “relocation program.”

On Monday, Florida Democratic leaders outlined a plan for the state legislature to put an end to Florida Gov. Ron DeSantis ordering the transport of migrants to other places, which can be viewed by clicking here.