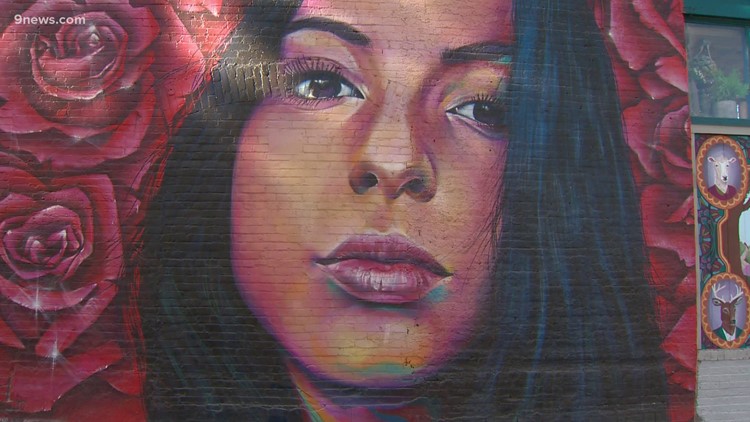 Opening statements were Monday in the trial of the man suspected of shooting Isabella Thallas and her boyfriend while they were walking their dog.

DENVER — The trial opened Monday in Denver District Court for the man suspected of fatally shooting Isabella Thallas and injuring her boyfriend, Darian Simon, more than two years ago.

Michael Close, 38, has pleaded not guilty by reason of insanity to 22 charges in the shooting June 10, 2020, in the Ballpark District, when a stranger armed with an AK-47 fired two dozen rounds at Thallas and her boyfriend from an apartment window in the 2900 block of Huron Street. Thallas’ 21st birthday was two days before.

The two victims were walking their dog at the time of the shooting, and Denver Police have said that Close was angry over their dog relieving itself.

Close was later arrested in Park County. Denver Police said an AR-15 and a handgun were found in the passenger-side floorboard of the Mercedes SUV he was driving at the time, as well as a gun belt and firearm magazines.

Prosecutors described the murder as a “rage-motivated mission for respect.” According to prosecutors, Thallas and Simon encouraged their dog to go to the bathroom during their walk. Unknowingly, they were right outside Close’s apartment. Prosecutors said Close then shouted to the couple, “Are you going to just yell at that dog or train it?”

According to prosecutors, when Simon responded, “Mind your own business, Rocko is a good dog,” Close grabbed an assault style rifle and fired more than 20 shots, hitting and killing Thallas and seriously wounding Simon.

RELATED: Survivor of deadly Denver Ballpark neighborhood attack endures in the midst of grief and growth

In her opening statement, Close’s attorney did not dispute the basic facts in the case but said Close was “not mentally culpable” for Thallas’ murder — that he has suffered most of his life from an untreated mental illness, that he had a mental break immediately preceding the murder and that he did not know what he was doing.

According to Colorado Bureau of Investigation (CBI) records, Close had no prior criminal history in the state.