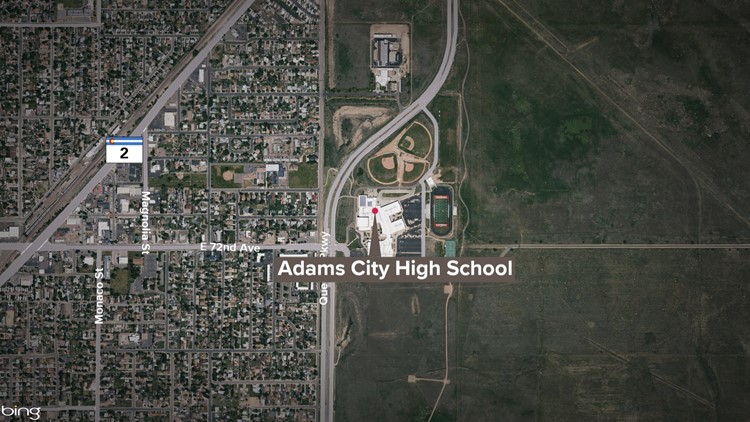 A threat circulating around social media has caused the closure of the high school campus for Wednesday.

COMMERCE CITY, Colo. — Adams City High School will be closed on Wednesday, September 21, due to a threat that has been circulating around social media.

The reason for the closure is to allow the Commerce City Police Department (CCPD) and Adams 14 School District to complete their investigation into the matter, according to the letter.

The school posted a letter to parents on the school’s website with the announcement that all classes and extracurricular activities are canceled.

Classes will resume on Thursday, September 22.

On Monday, Adams City High School was evacuated when a 16-year-old student brought a handgun to the campus. That student was taken into custody without incident, according to CCPD.

Around 12:45 p.m., Adams City High School staff received reports that a student inside the school had a gun in his possession, police said.

Staff immediately alerted police, and the school was placed on lockdown.

The 16-year-old student was then detained without incident by school staff and officers, and a handgun was recovered at the scene, according to police.

No injuries were reported, and no threats were made or received. The investigation is ongoing to determine whether charges will be filed.