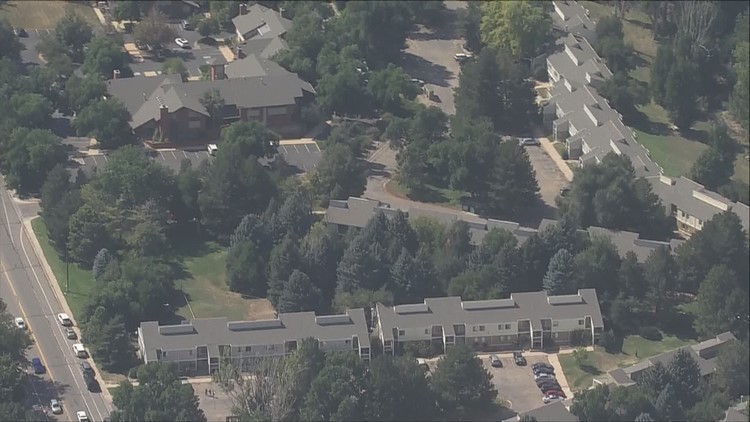 An officer shot Michael Cordova, 18, as officers tried to detain his father at an apartment complex on Sept. 2, Fort Collins police said.

FORT COLLINS, Colo — Charges have been filed against a man who was shot by a Fort Collins police officer at an apartment complex earlier this month, the Larimer County Sheriff’s Office said.

> The video above aired Sept. 2, the day the shooting happened

Police said around noon that day, they responded to a report of a disturbance at an apartment. Earlier in the day, Isaac Cordova, who had a felony warrant for burglary, had been at the property, but left before police arrived. He then returned to the apartment, police said.

When officers arrived, they found Isaac Cordova in an apartment, but he jumped from a balcony in an effort to escape, police said. Officers were able to detain him. He was taken to a hospital for treatment of injuries related to the jump.

According to police, as Isaac Cordova tried to escape, officers encountered several other people who were inside the same apartment, including Michael Cordova, who had a gun, police said.

During the encounter, a Fort Collins police officer fired his duty weapon, striking Michael Cordova, the department said. Police have not said what led up to the officer firing the gun.

Michael Cordova was taken to the hospital, where he was treated and released Saturday, the sheriff’s office said. No officers were injured.

Michael Cordova was booked into jail on the following charges: