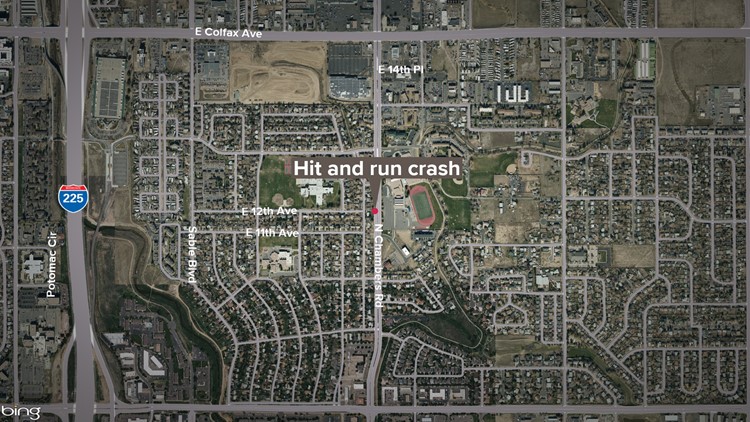 Aurora Police are looking for the driver of an older model white pickup who they said hit a woman walking near the intersection and then fled the scene.

AURORA, Colo. — Police in Aurora are looking for an older model white pickup and the driver who they said left the scene of a hit and run that left a woman injured.

The crash happened just before 9 p.m. at the intersection of Chambers Road and East 12th Avenue, near Hinkley High School in Aurora, said Aurora Police (APD).

A woman was walking near the intersection when she was hit and police said the driver left the scene of the accident and drove off north on Chambers Road.

Police said the woman has life-threatening injuries after the crash. APD asked that anyone who witnessed the crash or who might have dashcam video of the incident to call Metro Denver Crime Stoppers.

Anyone with information is asked to call Crime Stoppers at 720-913-7867 or visit metrodenvercrimestoppers.com. Tipsters can remain anonymous and may be eligible for a reward of up to $2,000.

Metro Denver Crime Stoppers works by assigning a code to people who anonymously submit a tip. Information is shared with law enforcement, and Crime Stoppers is notified at the conclusion of the investigation.

From there, an awards committee reviews the information provided and, if the information leads to an arrest, the tipster will be notified. Rewards can be collected using the code numbers received when the tip was originally submitted.