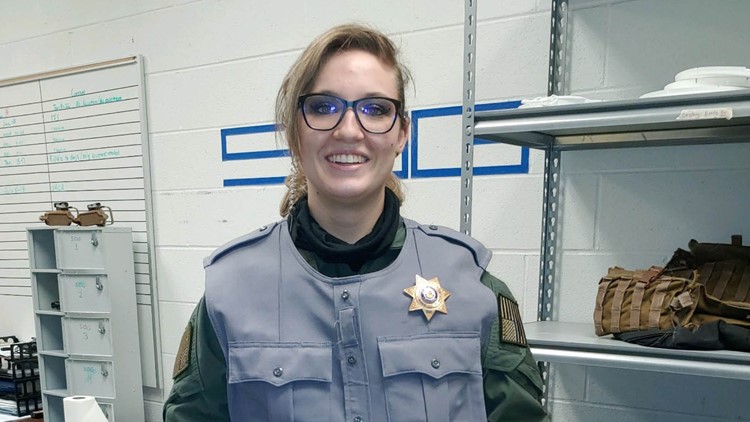 The service itself is private, but the public is invited to pay their respects along a procession route to honor Weld County Deputy Alexis Hein-Nutz.

WELD COUNTY, Colo. — A private funeral service will be held Saturday for Weld County Sheriff’s Office Deputy Alexis Hein-Nutz who was struck and killed in a hit-and-run crash.

There will be a procession prior to the 10 a.m. service and members of the public are welcome to gather along the route to pay their respects.

Hein-Nutz was on her way to work at the Weld County Jail on Sept. 18 when she was struck by Norberto Garcia-Gonzales at the intersection of AA Street and Weld County Road 37, according to the Colorado State Patrol.

A witness reported that Garcia-Gonzales ran into a cornfield after the crash. He was arrested the next day in the Fort Collins area.

On Saturday morning, the Hein-Nutz family will be escorted to Foundations Church in Loveland from the Weld County Sheriff’s Office in a multi-agency law enforcement procession. Several deputies and professional staff members will ride their motorcycles in Hein-Nutz’s honor.

While the service is not open to the public it will be streamed live by the Foundations Church in Loveland.

After the funeral, Hein-Nutz’s remains will be taken to her hometown of Bismarck, North Dakota for a private, family burial.

Hein-Nutz joined the Sheriff’s Office in 2018 and was assigned to the Weld County jail as a detention deputy.

Garcia-Gonzales had his first court hearing Tuesday afternoon and is currently being held on a $500,000 bond.