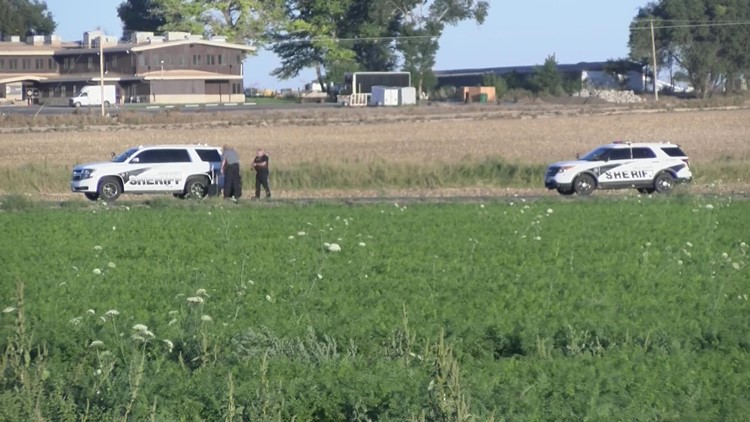 Deputy Alexis Hein-Nutz was riding her motorcycle to work at the Weld County jail when police said she was hit and killed by another driver.

WELD COUNTY, Colo. — The man accused of hitting and killing a Weld County sheriff’s deputy with his vehicle and then fleeing into a cornfield has been charged with five counts in connection to the crash.

The District Attorney’s Office filed the following charges against Norberto Garcia-Gonzales on Friday:

While an arrest affidavit said investigators found an open, empty bottle of Bud Light and a “broken open” can of Modelo beer in Garcia-Gonzales’ vehicle after the crash, he is not facing a DUI charge.

Deputy Alexis Hein-Nutz was riding her motorcycle to the jail where she worked on Sunday when the crash happened near the intersection of AA Street and Weld County Road 37, according to the Weld County Sheriff’s Office.

A witness who saw the crash reported seeing the driver of the vehicle that hit Hein-Nutz run from the scene and into a nearby cornfield. Garcia-Gonzales was arrested late Monday night in Fort Collins.

He has previously been convicted of DUI after two separate crashes, including one hit-and-run, U.S. Immigration and Customs Enforcement said.

Hein-Nutz joined the Sheriff’s Office in 2018 and was assigned to the Weld County jail as a detention deputy.

A private funeral service will be held on Saturday for her. There will be a procession prior to the 10 a.m. service, and members of the public are welcome to gather along the route to pay their respects.