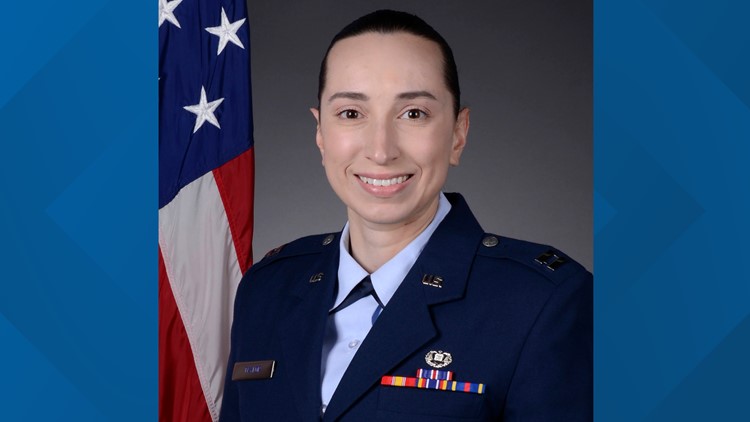 Capt. Morgan Taylor, 31, of Phillipsburg, New Jersey, was traveling on official duty from the Academy for advanced training when the crash happened Saturday.

COLORADO SPRINGS, Colo. — The United States Air Force Academy announced the death of an officer after a crash on Interstate 70 Saturday.

Capt. Morgan Taylor, 31, of Phillipsburg, New Jersey, was killed after her car was hit by another vehicle on I-70 East near Manhattan, Kansas. She was traveling on official duty from the Academy for advanced training, a release says.

At the time of the crash, Taylor had been selected for Squadron Officer School and was headed to Maxwell Air Force Base, Alabama, for a class scheduled to begin Nov 14.

“Captain Taylor was a bright light in our USAFA family and a highly respected officer,” said Lt. Gen. Richard M. Clark, U.S. Air Force Academy Superintendent. “I’ve spoken to her family to express our deepest sympathies and to relay how incredibly special Morgan was to all of us. The entire USAFA family stands with our Judge Advocate teammates in this incredibly difficult time.”

Taylor served in the U.S. Air Force Academy Judge Advocate office as the deputy chief of military justice. She provided legal counsel to all mission elements including the superintendent, the headquarters staff, the commandant of cadets, the director of athletics, the preparatory school and the 10th Air Base Wing.

Taylor earned her law degree from the University of Maine in 2019 and commissioned into the U.S. Air Force following Officer Training School at Maxwell AFB in 2020. She served as an Assistant Staff Judge Advocate, Joint-Base Elmendorf-Richardson, Alaska, from August 2020 to July 2022 before her assignment to the Academy in July.

RELATED: On Veterans Day, the story of a reluctant Vietnam War hero