Qualcomm has announced the Snapdragon Gen 2, a brand new chipset that will power some of the flagship Android smartphones from the biggest phone makers, including Samsung, Xiaomi and OnePlus. But some wonder if consumers are in the mood to buy expensive smartphones during the holiday season due to economic uncertainty and high inflation.

At a media event Tuesday in Hawaii, Qualcomm said its flagship-grade mobile processor is “engineered with groundbreaking AI” and will “revolutionise the landscape of smartphones.” The new silicon is arriving soon, with the first smartphones launching commercially before the end of the year.

Qualcomm touts its Gen 2 mobile platform as more advanced and intelligent to power the next generation of Android smartphones. The chipset is focused on a few key competencies: camera, AI, sound, security, and 5G connectivity. The SoC chip major says the upgraded GPU delivers 25 per cent faster performance and the Qualcomm Kryo CPU is 40 per cent more power efficient than before.

The raw performance upgrades allow for smooth graphics when playing games and a longer battery. On the connectivity front, the chipset comes with the Snapdragon X70 5G modem which supports dual 5G SIMs, coupled with the FastConnect 7800 connectivity system, which it claims offers lower latency Wi-Fi 7 and dual Bluetooth connectivity. 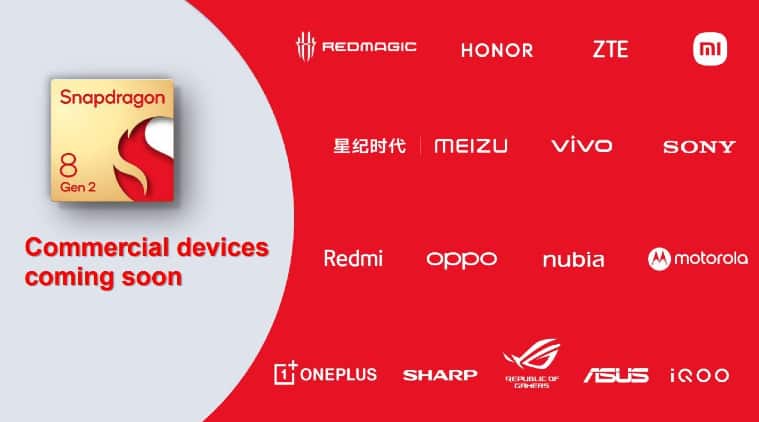 The new silicon is arriving soon, with the first smartphones launching commercially before the end of the year. (Image credit: Qualcomm)

Qualcomm’s announcement of a premium-level mobile processor comes at a time when smartphone sales are down globally, especially in the fastest-growing markets like India. Demand for smartphones in India, the world’s second-largest mobile phone market, saw a 10 per cent decline year-over-year in the third quarter of 2022. According to International Data Corporation (IDC), Q3 saw the lowest shipments due to a lack of demand and an increase in the prices of smartphones in India. Perhaps one of the biggest reasons for the lower growth of smartphones is that more consumers are keeping their phones for a longer period which is impacting sales of phones.

The challenging macro environment is another reason why consumer demand for smartphones is slowing down. Tech layoffs and news of possible recession in major economies are further cooling demand for gadgets, especially smartphones. Smartphone makers in the past few months have cut down on launches and bringing new models to the market, which is a reflection that the pandemic boom is about to end.