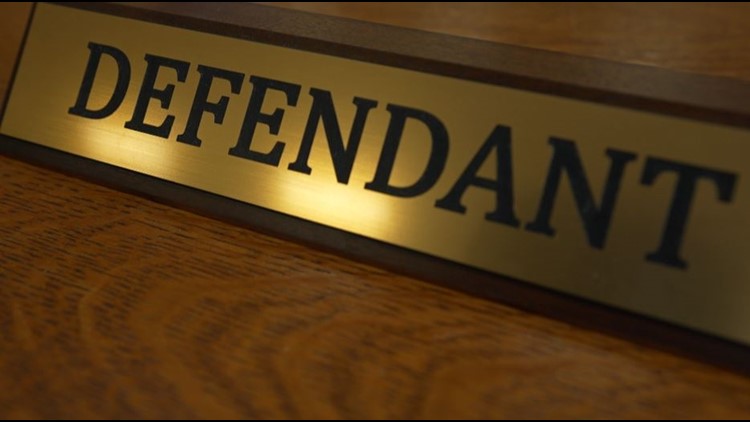 In 2020, 30,000 new family law cases were filed without an attorney in Colorado. Advocates say some help is better than no help at all.

DENVER — Colorado is looking to be the next state in the nation to allow non-lawyers to practice law by creating a new legal license.

The Colorado Supreme Court on Wednesday will hold an open session to hear verbal input on a plan to license paralegals and paraprofessionals to allow them to represent clients in family court.

In 2020, 30,000 new family law cases were filed without an attorney in Colorado. Advocates say some help is better than no help at all.

“If you’re going at it alone, you may not know all of your rights and how the law works, and you may come up with an agreement that you thought was a good idea with the other side, and then come to find out later that it’s not enforceable or just not feasible,” said family law attorney Amy Goscha.

Jason Delancey is part of the 75% of Coloradans who represent themselves in family court each year. He’s fought a 13-year battle in Denver family court, going three or times a year, and said he never had the money to represent himself.

“When we go to court and we see these big lawyers and it’s just us sitting, stumbling through our little papers by ourselves, with no one on the left, no one on the right to talk to, it’s crazy. It’s very scary,” he said. “I think if I would’ve had representation, they would’ve been able to speak to the judge a whole lot better than the way I did.”

This is the justice gap. The challenge to secure affordable representation in Colorado leaves mothers, fathers, former husbands and wives fending for themselves in court.

Family law attorneys Goscha and Maha Kamal lead a Colorado Supreme Court-appointed committee to determine how to license paralegals and paraprofessionals – a more affordable option to counter the $300 to $500 an hour charged by seasoned lawyers.

“You can get the best out of court-ordered mediation if you have someone to guide you through it and say ‘hey, this is actually a really good deal’, or you know ‘you may want to counter with something else,’ so it’s preventing so many cases from going forward to trial,” Kamal said.

The newly licensed experts would be allowed to represent clients in some divorce and child custody cases. Paraprofessionals would be required to complete annual ongoing education and have a certificate from an accredited program or a master’s degree.

When the Supreme Court asked for public feedback on the plan, more than a third of responses expressed strong opposition, including a letter from the Shapiro Family Law firm.

“We have a real concern for the unauthorized practice of law,” Shapiro Family Law Firm lawyer Haley Rheaves said plainly.

Of the 25 members of the Colorado State Bar’s family law committee, 13 of them oppose the plan.

“There’s a real concern when you get into court,” said Shapiro Family Law Firm partner Laura Shapiro. “The LLP can advocate for the factual issues, but what happens to that client when the legal issues arrive? They’re lost at sea. At the end of the day, lawyers go to law school for a reason.”

9NEWS legal expert Whitney Traylor said he supports the plan – but he admits the program will be difficult to regulate.

“I think the hole is that there’s nobody really overseeing each and every case and that paralegal has the discretion to decide how much he or she is going to do, and if they overstep, it could be a problem,” Traylor added.

Plans and updates for the Licensed Legal Paraprofessional (LLP) program can be found on the Colorado Supreme Court website.

>Video below: Extended interview with 9NEWS legal expert Whitney Traylor discussing the licensed paralegal program that would allow paralegals in Colorado to represent clients in court.