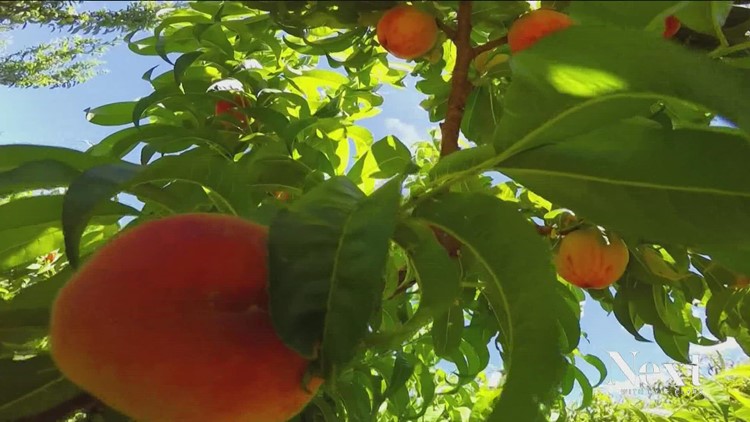 In 28 years, if not enough is done, researchers think the stress on the water supply will intensify to the point that the economic fallout will be in the billions.

In the Colorado Water plan, if water needs aren’t met by 2050, economic output could be reduced anywhere from $53 billion to $90 billion.

Jennifer Gimbel, a researcher and water expert with the Common Sense Institute, said agriculture uses the most water.

“We’ve reported use anywhere from 85 to 90 percent of water use in Colorado,” Gimbel said. “They’re almost always short of water, just because of variability of supplies, ever since we started as a state.”

Eric Kuhn, another author on adapting Colorado’s water systems through the institute, said some of the effects of a stressed water supply are already being felt.

“What’s going to happen is a consolidation, I think, of agriculture to the more productive uses. We are already seeing that in places like the Republican River, taking out farms to comply with Republican River compact. In the Rio Grande Basin, a very productive agriculture area. Unfortunately, they are using more water they can sustain. So, they are going to have to reduce 20 to 25 percent of the farms there so that the remaining 70 to 75 percent can survive,” Kuhn said.

Gimbel said the other issue is farms being bought up, including for development and new construction encroaching on farm land.

There are multiple factors at play, including climate change, stressed supplies and increased population in Colorado.

He predicts as other states face drought, especially in states with larger agricultural industries, more people may move to Colorado in search of opportunities.

“Major worry is how are we going to feed unemployed folks, how to give them water supply and electric supply,” he said.

“Not just farms themselves, and agricultural producers,” said Gimbel, “There are entire communities established around these businesses.”

What is encouraging is what’s been working so far.

Kuhn said cities, including Denver, Aurora, Colorado Springs and Castle Rock, are reducing how much water people use in their homes and guiding people towards using vegetation from Colorado.

“Replace the Kentucky blue grass that might require eight feet of water with a native grass that is still green but requires two feet and developed on the front range with our climate,” said Kuhn.

What both researchers would like to see more of is sharing. If a city has a surplus of water, it could share with another city or region that might be falling short. While it is happening now, Kuhn and Gimbel would like to see more. That would also require better water storage so that it’s easier to move and share water efficiently.