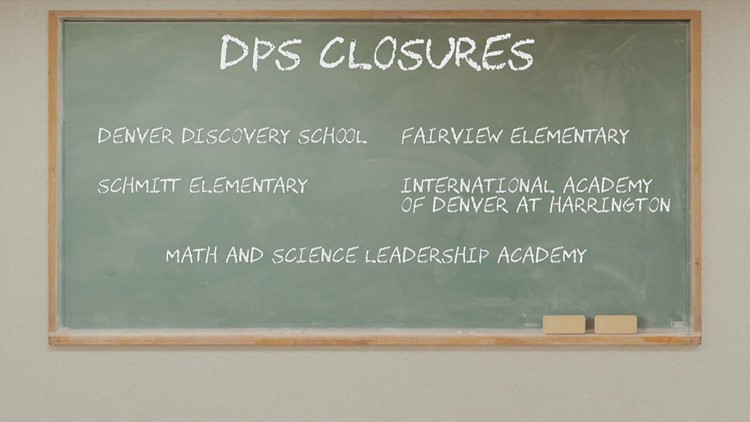 The state’s largest school districts is proposing to close five schools amid a projected budget shortfall.

DENVER — The Denver Public School (DPS) Board is set to vote Thursday night on a proposal to close five elementary and middle schools due to an expected budget deficit over the next several years.

RELATED: List of DPS schools recommended for closure cut in half

“These small groups and intimate class sizes allow for deeper bonds and greater trust and produce less stress on our educators,” one parent said.

The list is down from an original list that included 10 schools. DPS said the new list “prioritizes five schools that have received the largest budget assistance.” The district said those five schools account for more than two-thirds of the nearly $5 million that DPS provides to subsidize the original list of 10 schools.

Auon’tai Anderson, Vice President of the DPS Board of Education, has already said he will vote no.

The other board members didn’t share their positions during public comment at an earlier meeting, but they were openly skeptical of the previous proposal to close 10 schools. If the board votes no, Marrero will ask the board what the next steps should be.

DPS expects to be in a deficit of more than $35 million over the next three years. DPS spokesperson Scott Pribble said the other five schools on the original list could still be considered for closure in the future, but they won’t be included in Thursday’s vote.