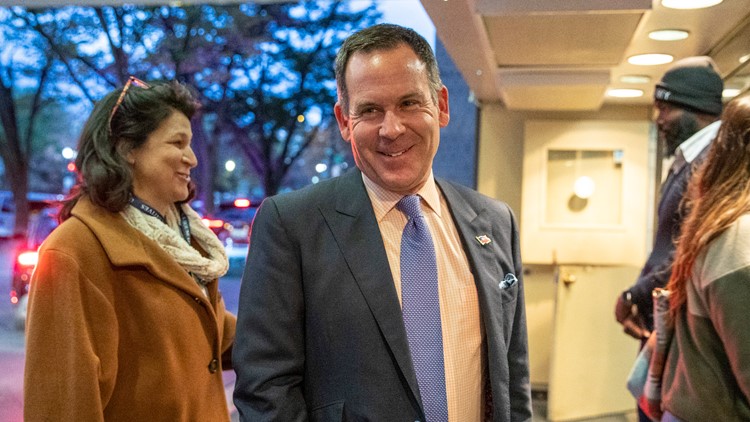 The Democratic challenger in the 3rd Congressional District race will hold a news conference at 11 a.m.

DENVER — Democratic candidate Adam Frisch will give an update Friday morning on his election with incumbent Rep. Lauren Boebert in the 3rd Congressional District as the race was headed toward an automatic recount.

On Friday morning, Boebert was ahead of Frisch by 551 votes, according to the state Secretary of State’s Office. The Associated Press estimated 99% of votes have been counted.

In Colorado, recounts are automatically initiated when the margin is less than 0.5% of the leader’s vote total. In this race, that threshold currently sits at 818 votes.

Here are the latest results:

The race will be called by The Associated Press. Click here for more on how AP calls races.

Even though the race was still too close to call, Boebert declared victory on Thursday night on social media. In a video message, she thanked her campaign volunteers and acknowledged that there will be an automatic recount.

Also on Thursday, Frisch tweeted his thanks to the volunteers who have counted and cured ballots and said the support he has received has been humbling.

RELATED: What is ballot curing, and how does it work?

A first-term representative, Boebert is a divisive national figure for her conspiratorial rhetoric and provocative social media style. She’s a fervent supporter of gun rights and was the owner of a restaurant in Rifle, now closed, where the staff open-carried firearms.

Frisch is a former member of the Aspen City Council. He has downplayed his party affiliation in this largely rural and conservative-leaning district and instead has called himself a “conservative businessman.”

RELATED: When will all the votes be counted in Colorado?