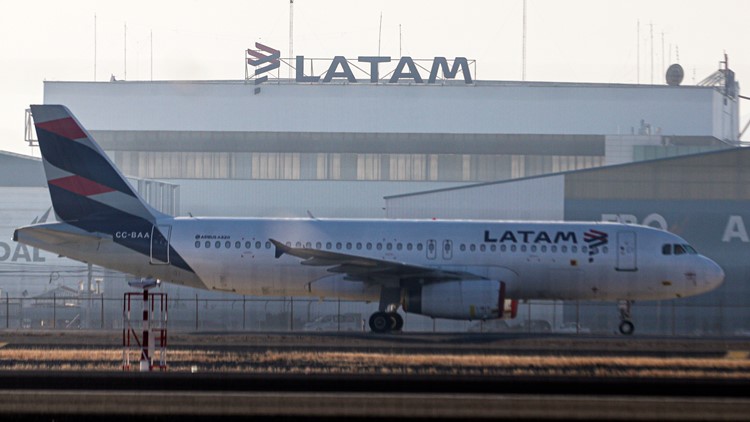 Operations at Lima’s main airport have been suspended and authorities are investigating the cause of the accident.

LIMA, Peru —  A plane suffered an accident and caught fire Friday on a runway at Lima’s international airport. Aviation authorities in Peru said the passengers and crew were safe.

“There has been an accident on the runway of the Jorge Chávez (airport),” Lima Airport Partners, the company that operates the airport, said in a tweet. “Our teams are providing the necessary care to all passengers, who are in good condition.”

The company said operations at Lima’s main airport have been suspended and authorities are investigating the cause of the accident.

The plane, operated by LATAM airlines, was taking off en route to the Peruvian city of Juliaca when the accident happened.

Videos on social media showed smoke coming from a large plane on the runway. Local media reported that the plane struck a vehicle that had entered the runway.

According to the fire department, the incident was registered at 3:25 p.m. and four rescue units were mobilized.

Fire department chief Mario Casaretto told local media that “we do not yet know technically what happened.”

OTHER NEWS: Driver arrested in sheriff’s recruits crash is released