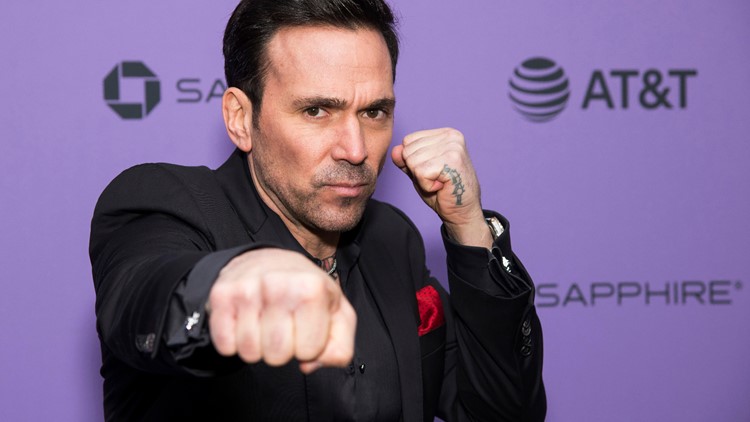 An agent confirmed Sunday morning that the actor who debuted on the show as the “Green Power Ranger” passed away.

PHOENIX — Actor Jason David Frank, who formerly played both the Green and White Power Rangers in the show Mighty Morphin Power Rangers has died at age 49, an agent confirmed to Dublin-based Geek Ireland.

Frank rose to popularity after portraying the character Tommy Oliver, better known as the Green Ranger on the show.

Although Frank had a short initial run, he later returned to the show to play the White Ranger and reprise his role as Tommy Oliver in later seasons.

Right now, Frank’s family has not released a statement on his death, but friends and coworkers of Frank have taken to social media to pay their respects.

My condolences to the family….

In 2017, Frank was the target of an unrelated assassination attempt while in attendance at the Phoenix Comicon, now known as Phoenix Fan Fusion.

During the incident in 2017, a man named Matthew Sterling was arrested in a struggle with Phoenix police officers inside the event. Police were tipped off to social media threats made by Sterling, police said.

Sterling was committed to the Arizona State Hospital for 25.5 years, and has no involvement in Frank’s passing.

Entertainment outlet TMZ has reported that Frank’s death was the result of a suicide.

Frank’s manager, Justine Hunt, asked that the community respect the family’s privacy during this difficult time.

“He loved his family, friends and fans very much. He will be truly missed.” Hunt said.

Jason David Frank, best known for his role as the Green Ranger in the Power Rangers franchise, has passed away at the age of 49.

Catch up on the latest news and stories on our 12News YouTube playlist here.