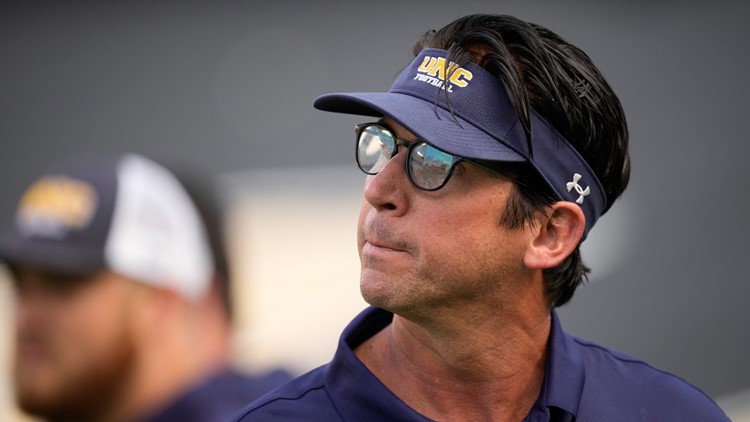 Former Broncos receiver Ed McCaffrey had a 6-16 record in two seasons at UNC.

GREELEY, Colo. — Ed McCaffrey is no longer the head football coach at the University of Northern Colorado (UNC).

UNC Director of Athletics Darren Dunn announced Monday that McCaffrey will not return as head coach of the football program effective immediately.

Hired in December 2019, McCaffrey’s first fall season was postponed, and the Bears opted out of the spring season. McCaffrey posted a 6-16 record in two seasons, including a 4-12 record in the Big Sky Conference.

“This is never an easy decision,” Dunn said. “We appreciate all the work, time and energy Coach McCaffrey has put into the program and we wish him the best in the future.”

Dunn said UNC will undergo a national search for its next head football coach.

McCaffrey has been joined in Greeley during the 2021 and 2022 seasons by his son, Max, who served as offensive coordinator.

Ed’s son Dylan has been the primary starting quarterback for UNC during the last two seasons, after transferring from the University of Michigan.

Before being hired in Greeley, Ed served two seasons as the head coach at Valor Christian in Highlands Ranch, including winning the 2018 5A state championship while his son Luke was a senior.