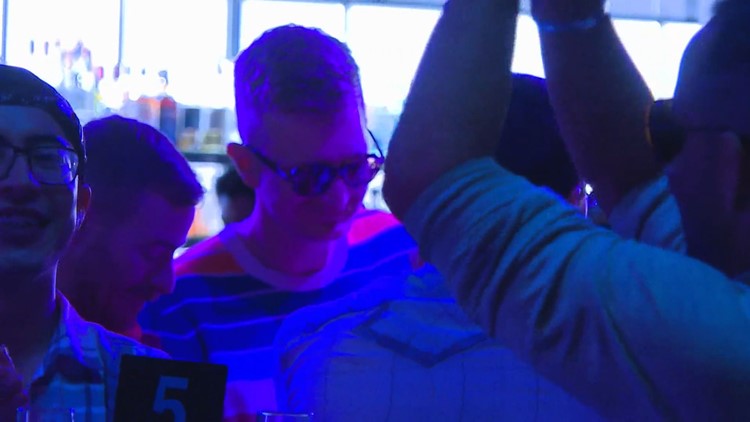 Several bars said they will add more security after the shooting in Colorado Springs over the weekend.

DENVER — At The Triangle, an LGBTQ+ bar in downtown Denver, the drag show went on Sunday — but with additional security outside, after a shooting at a Colorado Springs LGBTQ+ club Saturday night killed five people and injured two dozen others.

“I still can’t believe it. I don’t think anyone has absorbed it yet,” Triangle Managing Partner Sean O’Grady said.

He said he didn’t sleep Saturday night after seeing the news from Colorado Springs. He immediately began working to secure additional security for his own bar.

The bar hired private security for drag brunch events, which he said it doesn’t normally do.

“We’ll do anything to keep our guests safe, so if that means adding more personnel, changing our polices, we’re here for it,” O’Grady said.

His bar is not the only LGBTQ+ club in Denver increasing security. The owner of X Bar and Tight End said he plans to bring in armed guards and institute a zero-tolerance policy for weapons.

“Just like after the Pulse incident, we had to take things to the next level for the safety of our customers and for them and for all of us to feel a bit more calm,” Steven Alix said.

He said he found out about the shooting while on vacation in Mexico.

“Your mind starts going a million miles a minute,” he said. “I just can’t stop thinking about as these parents are finding out about their kids that were hurt or killed last night and how sad and devastating that is.”

“If there’s one thing we know, it’s how to support each other,” he said.

The LGBTQ+ bars and clubs serve as a safe space, O’Grady said.

“This is a place in public where people can be themselves,” he said. “They can hold their partner’s hand. They can show affection with their partner. They can have fun with their friends in a way that they wouldn’t be able to in any straight venue.”

He said staying open and staying together shows resilience in the face of hate.

“This is where we live our lives, and we’re not going to stop because somebody decided to be violent,” O’Grady said.