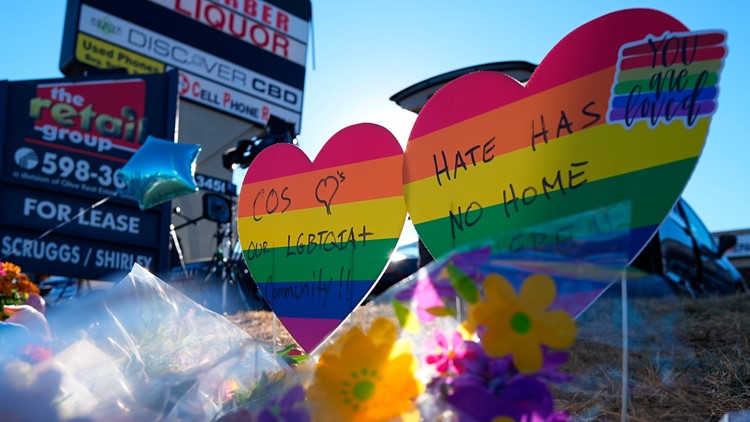 The Club Q shooting suspect’s mother has three outstanding warrants for her arrest out of California and an arson charge out of Texas.

COLORADO SPRINGS, Colo — The mother of Anderson Lee Aldrich, the suspect in the Club Q shooting, has three outstanding warrants for her arrest out of California and an arson charge out of Bexar County, Texas (San Antonio).

That arson charge was reduced to a lesser charge.

Laura Lea Voepel, 45, was sentenced to five years of probation in Aug. 2013 and did not complete the probation terms, which were set to expire Aug. 2018, according to court records obtained by The Gazette.

“At the end of the day, the District Attorney made an offer of criminal mischief and probation,” said her court-appointed attorney, James Oltersdorf.

Oltersdorf said he never heard again from Voepel after he represented her.

Voepel told authorities that her son was threatening to hurt her with a homemade bomb, multiple weapons, and ammunition. The release said that Anderson Lee Aldrich was around a mile away from the Rubicon Drive address and that when deputies called him, he refused to surrender, the release said.

Police evacuated the area and Aldrich walked out of the door at 5:46 p.m., four hours after the initial call, El Paso County Sheriff’s said.

Relatives who wished not to be identified said that the incident started when Aldrich found out that his maternal grandparents were going to move from Colorado to Florida.

On a neighborhood doorbell surveillance video obtained by The Gazette, Aldrich can be heard saying to his mother, “This is the day I die. They don’t give a f*** about me anymore. Clearly.”

Read the full story at The Denver Gazette.