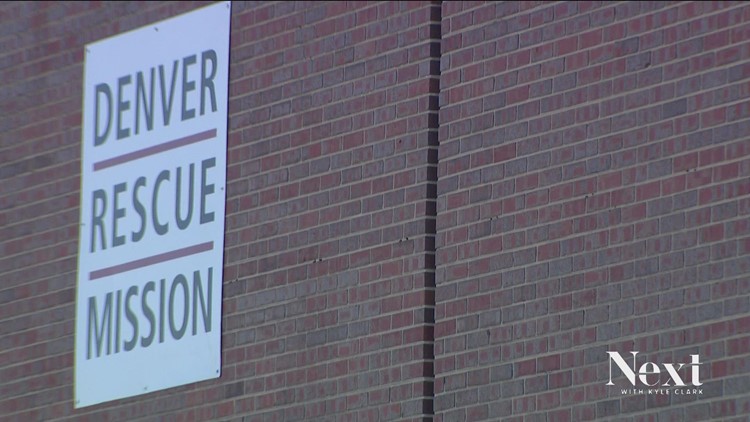 After the policy became public, the City of Denver pointed out that such discrimination is in direct violation of the Mission’s $8.7 million contract.

DENVER — The Denver Rescue Mission is dropping a plan to ban LGBTQ+ employees after the policy became public, and the City of Denver pointed out that such discrimination is in direct violation of the Mission’s $8.7 million contract with the city.

The Denver Rescue Mission said it will remove language from its employee handbook barring employees from “acting on same sex attraction” or “rejecting of one’s biological sex.”

“While the Mission will remain committed to our Statement of Faith, leadership realizes that continued dialogue is important to all supporters,” spokesperson Stephen Hinkel said.

The ban was first reported by the Denverite. The Rescue Mission said it was now pausing implementation of the policy.

Woodbury said they are “concerned and disappointed” by reports of the Mission’s ban on LGBTQ+ employees.

“We will not tolerate discrimination in the provision of services or employment under contracts that are publicly funded and for the public good,” he said.

“Homelessness knows no religion, and those who step forward to serve our unhoused residents do so out of a sense of service, regardless of their faith or orientation,” Hancock said.

He said the city will review its contracts with faith-based organizations to ensure they’re complying with non-discrimination clauses in those contracts.

Hancock typically serves holiday meals at the Rescue Mission and said he won’t be attending this year as a result of the non-profit’s actions.

A spokesperson for Colorado Governor Jared Polis said the governor will not volunteer at the Mission this year.

“There are plenty of terrific organizations doing great work who don’t discriminate against employees or volunteers because of who they love,” they said.

City Councilwoman Robin Kniech, the first openly gay member of Denver City Council, told 9NEWS that not discriminating is only the first step.

“We have more to learn about what harm has already occurred, other aspects of policy and practice. What would rebuilding trust, repairing harm, and true inclusion look like? Such a process wouldn’t be easy. But it must be possible,” she said.

Kniech spoke to 9NEWS at a vigil in Denver Monday night for victims of a shooting at an LGBTQ+ nightclub in Colorado Springs.

“Discrimination is dehumanizing, and dehumanization is the precursor to violence,” she said. “So that’s why this policy matters.”

“I sponsored the ballot measure to fund services for homelessness in this city. and I would not have been able to work under this policy,” Kniech said. “That hurts.”