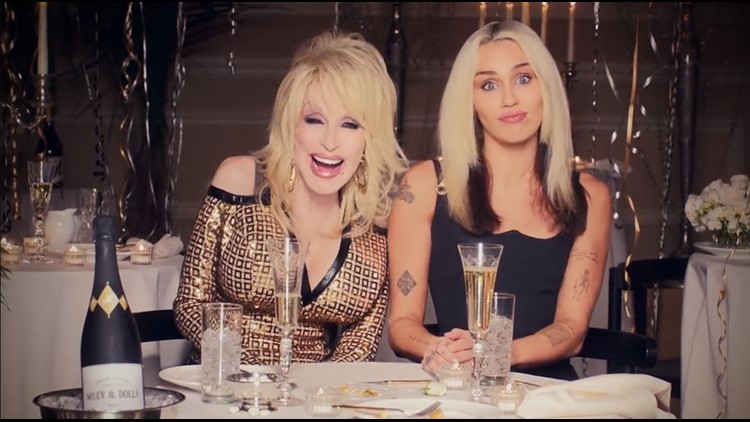 MIAMI — Good golly! Dolly Parton is teaming up with her goddaughter, Miley Cyrus, to co-host a New Year’s Eve party.

Miley Cyrus’ New Year’s Eve Party will be live from Miami on NBC and streaming on Peacock on Dec. 31 starting at 10:30 p.m. EST, according to a tweet.

The team-up comes shortly after the teaser trailer for Dolly’s new Christmas special, “Dolly Parton’s Mountain Magic Christmas,” which will premiere on WBIR and other NBC stations on Thursday, Dec. 1, at 8/7c. It will also be available on NBC’s streaming service, Peacock.

Cyrus is set to guest star in the special.