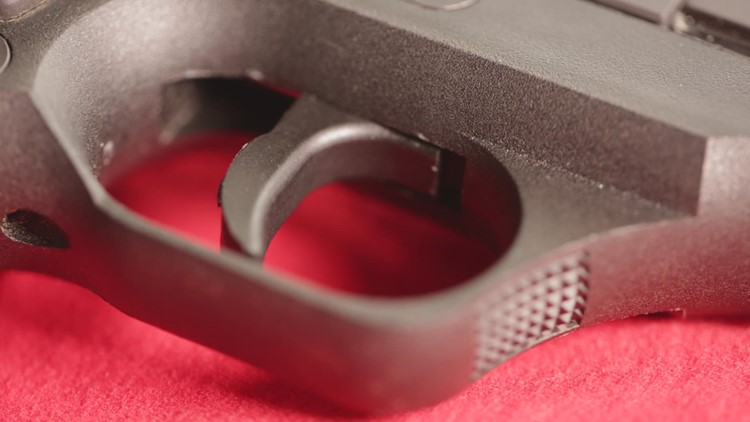 so-called ‘ghost guns’ are virtually impossible to trace and can be made at home from parts bought on the internet.

COLORADO SPRINGS, Colo. — The suspect in Saturday’s shooting at Club Q in Colorado Springs was armed with a rifle and a handgun that both lacked serial numbers and appeared to be so-called “ghost guns,” 9Wants to Know has learned.

Those kinds of guns – which the Bureau of Alcohol, Tobacco, Firearms and Explosives (ATF) refers to as “self-manufactured firearms” – are virtually untraceable, complicating one aspect of the ongoing investigation.

“Ninety-nine percent all firearms that are sold in this country today are never involved in a crime – they’re never involved in any kind of issues,” said former ATF agent John Risenhoover. “But when we do see this, we want to address the source of the gun. If it’s being used for criminal activity? How the suspect came into possession of the gun? Was there any criminal activity to get it to him?”

Multiple sources confirmed to 9Wants to Know that the man who attacked Club Q carried a semi-automatic rifle and a handgun – and that neither had serial numbers nor appeared to have been made by a licensed gun manufacturer.

Those investigators may have a difficult time figuring out the history of the weapons.

“The crime here was aggravated assault with a deadly weapon – and homicide, murder,” Risenhoover said. “So, it really doesn’t impact on how they’re going to approach that. But when we try to figure out how the suspect came into possession of a firearm, it makes it much more difficult.”

The suspect, 22-year-old Anderson Aldrich, was released from the hospital Tuesday and jailed on suspicion of five counts of first-degree murder and five counts of committing a bias-motivated crime causing injury. He was being held without bail and is scheduled to appear in court on Wednesday.

RELATED: 5 victims who were killed in LGBTQ+ nightclub shooting remembered

It is not yet clear whether the suspect may have manufactured those weapons or whether they could have been purchased or assembled from parts available on the internet.

Risenhoover, who spent 27 years with the ATF and worked the Oklahoma City bombing and other high-profile cases, stressed that it is not illegal to manufacture a gun for personal use. However, it is illegal to make and sell them.

“If you’re going to come into the business of making firearms, you have to get licensed by the ATF and you have to put serial numbers on them and register each firearm that you make,” he said.

No evidence has emerged suggesting the suspect could not buy guns legally. He has no criminal convictions, according to Colorado records. And although he was involved in an incident in June 2021 in which he allegedly threatened to attack his mother with a bomb and guns, the case was eventually dropped and the records sealed.

RELATED: Club Q shooting suspect was arrested after 2021 bomb threat, but no effort was made to take his guns

The kind of weapons used in Saturday’s attack have been a target of gun-control advocates for years because they are so difficult to trace and offer a way around federal laws meant to stop known criminals from buying firearms.

And even though they aren’t made on an assembly line by a licensed manufacturer, they look and operate the same way.

“You’d be hard pressed if you didn’t know what you’re looking for to see the difference in a so-called ghost gun compared to a traditionally manufactured by reputable manufacturer,” Risenhoover said.

Contact 9Wants to Know investigator Kevin Vaughan with tips about this or any story: kevin.vaughan@9news.com or 303-871-1862.