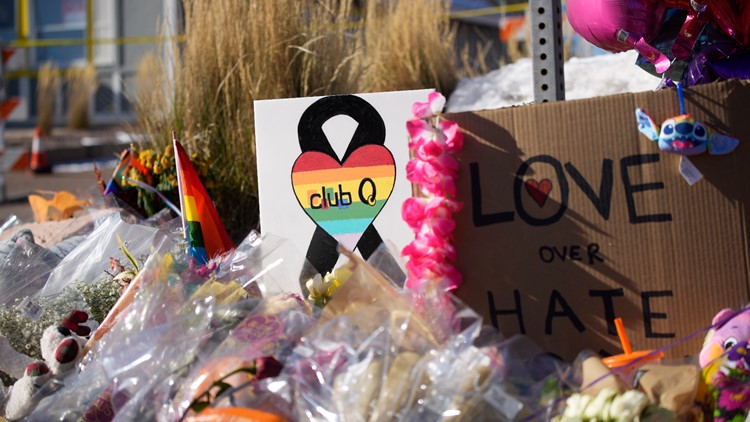 Thomas James is one of two people being hailed as a hero for stopping the shooter who killed five and injured 18 others at the LGBTQ+ club.

COLORADO SPRINGS, Colo — One of the people who subdued the gunman at Club Q Saturday night is still recovering in the hospital.

Thomas James, a Navy sailor, is one of two people being hailed as a hero for stopping the shooter who killed five and injured 17 others at the LGBTQ+ club.

“Their exact actions are part of the investigation, so we can’t discuss the specifics out of respect for the judicial process, but with their permission, we want to acknowledge their heroic actions,” Vasquez said.

Describing the takedown Monday, Fierro said he grabbed the suspect’s pistol, and another person got the suspect’s AR away from him and repeatedly kicked him in the head.

The Navy said Tuesday that James is still in the hospital.

“James is currently in stable condition and we remain hopeful he will make a full recovery. We ask that all respect his privacy as he continues his recovery,” the Navy said in a statement.

James, an Information Systems Technician Second Class, has been in the Navy since 2011. He is from West Virginia and has been stationed with the Defense Intelligence Agency in Colorado Springs since October 2021.

“They’re my hero. You guys that took him out are my hero,” Anthony, who was injured in the shooting, said of the people who stopped the gunman. “Thank you. From the bottom of my heart, thank you.”