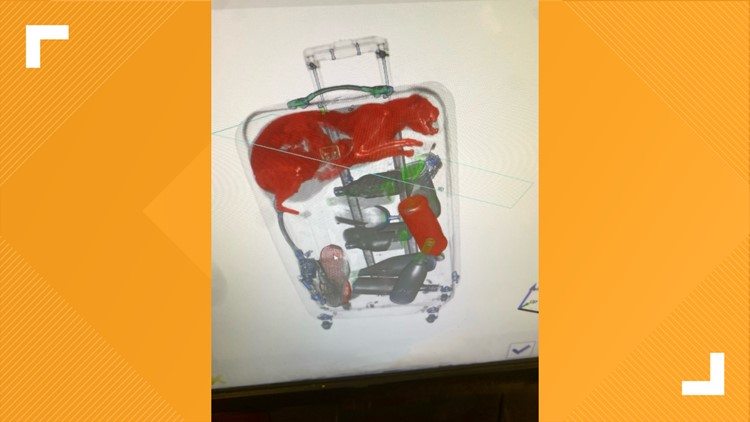 According to a spokesperson for the TSA, an officer was “shocked” to discover the orange feline tucked inside a bag after it went through an X-ray unit.

The traveler, who was headed to Melbourne Orlando International Airport, reported the cat belonged to someone else in his household and he did not know it had made its way inside his luggage.

We’re letting the cat out of the bag on a hiss-toric find. This CATch had our baggage screening officers @JFKairport saying, “Come on meow”! Feline like you have travel questions reach out to our furiends @AskTSA. They’re available every day, from 8 a.m. – 6 p.m. (ET). pic.twitter.com/LpIkLbAgzC

When reached by KVUE on Tuesday, a TSA spokesperson said they were unaware whether an animal-related agency was contacted for a potential animal cruelty violation, but they did confirm that cat was alive when it was discovered.

The TSA did report that the cat was returned home “safely” and that the traveler rebooked his flight.

No further information was provided.