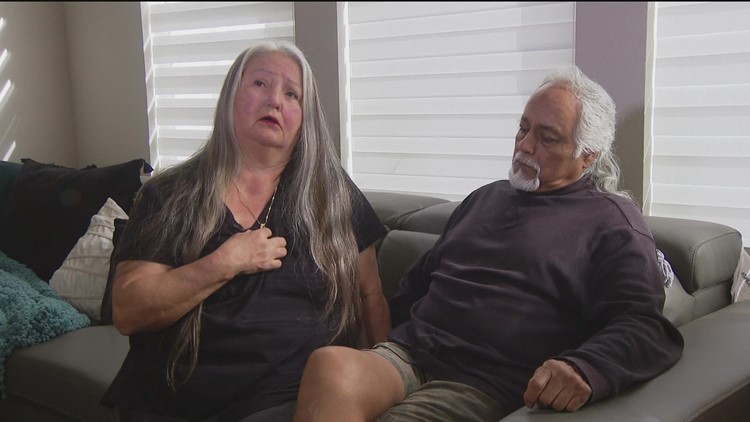 “I feel like a real proud, proud mama, but I have mixed feelings because of the tragedy,” said Frances Fierro, Richard Fierro’s mother.

SAN DIEGO — The parents of the Army veteran being hailed as a hero in the Colorado Springs nightclub shooting describe the attack as senseless and tragic.

Frances and Richard Fierro Sr. spoke to CBS 8 from their home in Escondido.

They refer to their son as ‘Richie.’ They found out about his involvement in the shooting Sunday morning after receiving a phone call from his brother.

“We were shocked, like what?” said Richard Fierro Sr.

According to his parents, Fierro Jr. was at Club Q Saturday night with his wife, daughter, and their daughter’s boyfriend. They were celebrating a birthday, supporting his daughter’s friend who was performing that night.

“They were out having a nice time,” said his mom.

Shots rang out at the LGBTQ nightclub just before midnight.

When the gunfire broke out, authorities say Fierro Jr. ran from across the room, tackled the gunman, and helped stop him from taking any other lives.

“I’m happy he saved lives, but I’m also feeling that he risked his life,” said his father. “There’s a lot of people that save a lot of people, but they don’t live either. And he took that chance.”

Fierro Jr.’s 15 years in the military included tours of duty to Afghanistan and Iraq.

A Bronze Star Medal recipient, Fierro served as a field artillery officer in the Army from June 1999 to November 2013, and held the rank of Major at the end of service, the Army said.

His father, Fierro Sr. is also a military veteran. He served in Vietnam. He said his son’s military training helped him take down the gunman.

Meanwhile, his mother says she’s proud of her boy but sad over the senseless shooting.

“I feel like a real proud, proud mama, but I have mixed feelings because of the tragedy,” said his mother. “My heart goes out to the people that lost their children, and the people of Colorado Springs, and I feel for them,” she said tearfully.

“It’s senseless. We’re all the same, we all bleed the same, we all talk the same, and we all have families. You go to the airport and what do you see? You see people of all nationalities hugging each other, because it’s all about love, all about being together, uniting with your families,” she added.

She said when she sees her son doing interviews on television, she can hear the pain in his voice. His daughter’s boyfriend, 22-year-old Raymond Green Vance, was one of the five victims who did not survive.

“My son feels very bad about the losses that occurred and the injuries,” she said. “And I’m feeling it through him because I can feel it, I can sense him coming across with his communication on TV, on the phone, I can feel it. I have to be strong I have to be there for him. We’ve always been there for him. When he’s had a hard time we got through it, we’re gonna get through this.”