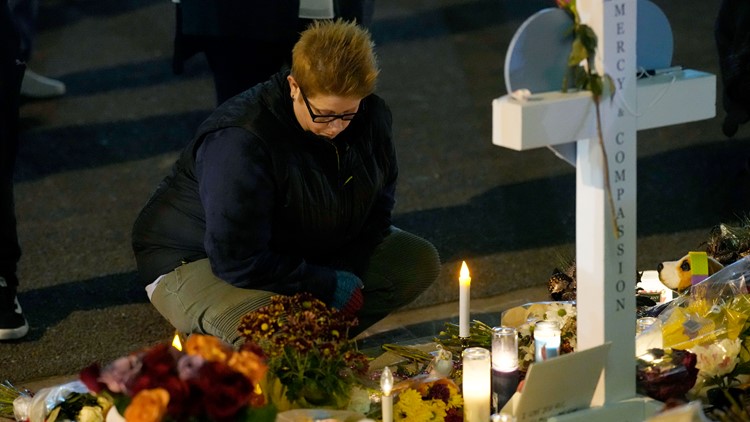 NBA referee Bill Kennedy, who came out as gay in 2015, has spoken out in an emotional video in response to the shooting.

COLORADO SPRINGS, Colo — NBA referee Bill Kennedy, who came out as gay in 2015, spoke out in an emotional video Tuesday in response to the weekend shooting that killed five and left 17 others with gunshot wounds at a gay nightclub in Colorado Springs, Colorado.

The 41-second video was released on the NBA’s social media platforms.

“These types of heinous crimes, these hideous hate crimes, need to stop in this country,” Kennedy said. “We, we as the people, have to figure out a way to do this and to get it done. Godspeed to the LGBT community in Colorado Springs and abroad.”

NBA official Billy Kennedy shares a personal message as he speaks on behalf of the @NBA family on the tragedy in Colorado Springs pic.twitter.com/1Nxk9rwMmR

The shooting at Club Q took place Saturday night. The suspect in the shooting, Anderson Lee Aldrich, 22, faces murder and hate crime charges. He is scheduled to make his first court appearance Wednesday by video from jail.

It’s not the first reaction from the NBA to the incident. Denver Nuggets coach Michael Malone spoke earlier this week, calling it “another senseless mass shooting.” The Nuggets also held a moment of silence before their home game Tuesday night against Detroit.

“I wanted to take an opportunity to reach out to the victims and their families and express my sincere condolences for those who were there at Club Q over the past weekend,” Kennedy said.

In 25 seasons, Kennedy has officiated nearly 1,500 regular-season and playoff games.