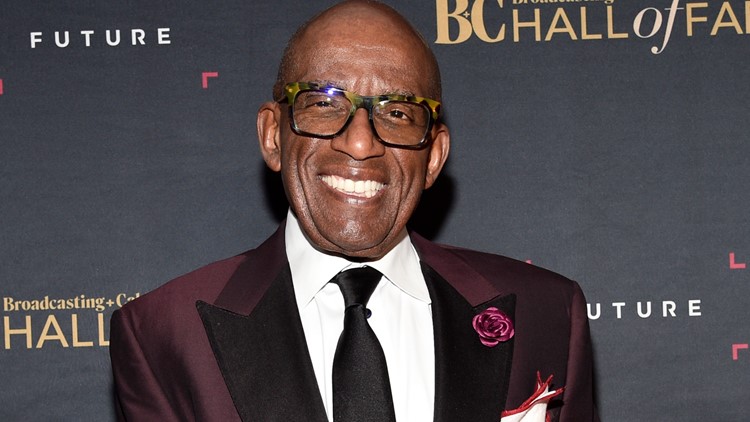 Meteorologist Dylan Dreyer is filling in for him while Roker recovers from blood clots discovered earlier this month.

NEW YORK — Al Roker, the longtime NBC meteorologist, is a staple at the annual Macy’s Thanksgiving Day Parade. But for the first time in 27 years, Roker isn’t MCing the festivities.

Earlier this month, Roker was hospitalized for blood clots. He disclosed the medical problem last week on social media.

“So many of you have been thoughtfully asking where I’ve been. Last week I was admitted to the hospital with a blood clot in my leg which sent some clots into my lungs,” Roker, 68, announced on Instagram.

Roker’s wife, ABC News correspondent Deborah Roberts, posted that she was grateful for “the top notch medical care and prayer warriors from every corner.”

“We love you dearly sweet Al and can’t wait to get you home,” Roberts wrote, adding heart emojis.

The blood clot could have been a symptom of Roker’s treatment for prostate cancer, which he was diagnosed with in 2020.

Blood clots like the ones Roker experienced aren’t uncommon for cancer patients, who are four times more likely to develop a blood clot than those without cancer, according to Hematology Oncology.

At the start of the parade, his co-hosts wished him well and marked his long legacy at the event.

“For the past 27 parades, at this moment, we’d turn to Al Roker, our Today Show colleague and our best pal, but, as a lot of you have heard, Al’s recovering, and he’s recovering very well from a recent medical issue,” Hoda Kotb said “We just want to say we love you, Al. Wonder if you’re watching? But, we wish you a full recovery.”

It appears Roker was. He tweeted that he was back home watching the parade after being released from the hospital.

So much to be #thankful for on the #thanksgiving day. Leaving the hospital and home for #thanksgivingdinner pic.twitter.com/Gu4Wpy6zLR

Kotb and Today Show co-host Savannah Guthrie then introduced Dylan Dreyer, the meteorologist filling in for Roker, who was covering the parade from the Upper West Side in New York.

It’s unclear how long Roker will be out while he recovers, but his co-stars are eager to have him back for next Thanksgiving.

“We love you, Al. We’ll see you next year!” Guthrie said.

The Associated Press contributed to this story.