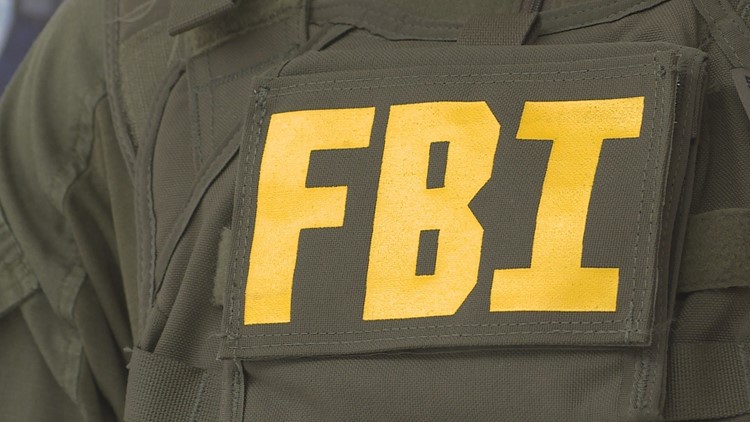 DENVER — A 33-year-old Evergreen man was arrested Monday after threatening mass shootings at the FBI Denver office, a Department of Homeland Security office and a Colorado-based performing arts group.

Kyle William Staebell was taken into custody at his parent’s home for making threats to commit mass violence, the U.S. Attorney’s Office said. He sent a threat to the FBI national tipline, Tweeted threats and sent an email with a threat to the performing arts group, according to the criminal complaint.

In the tip, the complaint says the sender who identified themself as Staebell claimed to be “the leader of an islamist terrorist cell” who had access to “explosives, automatic weapons, everything i need!!!!!!!!!!!!!!!1”

Responding to a question asking if the tipper knew when the attack would take place Staebell replied, “Tomorrow I will do the attack myself.”

Investigators were able to capture the IP address that submitted the tip and connected it to a Comcast account with an Evergreen address believed to be owned by Staebell’s father, according to the complaint.

The tipper also self-reported that they lived at a Lakewood address, and investigators confirmed that Staebell had lived at the provided address, according to the complaint.

The complaint also included multiple Tweets from an account associated with his phone number threatening shootings at FBI and DHS offices.

“They ruined my life and DID NOTHING WHEN I ASKED FOR HELP WHEN NAZIS TRIED TO KILL ME,” one of the tweets read.

The complaint also includes an email sent to the performing arts group with a signature that read “Kyle Staebell” and “Communications Consultant” saying: “Hello, tomorrow I am going to do a mass shooting and kill [explitive] everybody I see in the whole building.”

The performing arts group reported to Denver Police that it discovered surveillance video from December showing a person matching Staebell’s description who appeared to circumvent security and enter restricted parts of the building, including the backstage area, the complaint says.

Investigators say that Staebell admitted to going into the performing art groups building and backstage area when interviewed, according to the complaint. He told investigators he walked through an unlocked door because he wanted to perform with a Harry Potter wand he claimed he had found.

A search warrant was granted for the Lakewood and Evergreen addresses Monday, but before they were executed a call for a disturbance was made by Staebell’s mother from the Evergreen address, according to the complaint. She reported Staebell was arguing with his brother, threw a mug on the ground and threw dirt at his brother.

Stabell’s family left the house while authorities responded and were eventually followed by Staebell, who exited the home with a laptop, cell phone and passport. He told authorities at the scene that he was waiting to talk to them, and that his girlfriend with “Mexico intelligence” hacked his accounts and social media, the complaint says.

Investigators searched the home and found what appeared to be a Molotov cocktail in Staebell’s bedroom, according to the complaint. They also found a handwritten note that appeared to be evidence of Staebell brainstorming the threats.

The note mentions the FBI and DHS, and he “also seems to ruminate about going to ‘news stations’ with the complaint that his ‘career burned dow[n],’ something that is repeated in the Twitter threats,” the complaint reads. It also had another redacted item that “appears to be a reference to the Performing Arts Group that received the email.”

When interviewed, Staebell told investigators his girlfriend broke up with him two days prior and must’ve been angry, the complaint says. He also said she must’ve logged into his computer remotely to transmit the threats from his IP address.

He initially told investigators he drank a lot the night the threats were made, but later said he didn’t drink at all and was sober, according to the complaint.