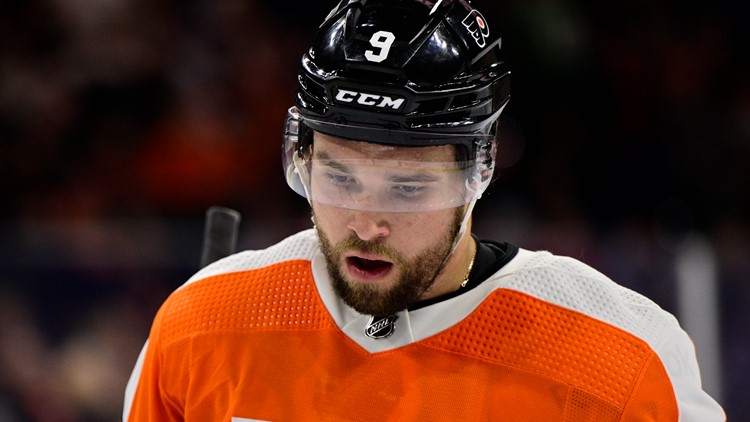 The 26-year-old defenseman told reporters after the Flyers’ 5-2 home win over the Anaheim Ducks that it was his choice to stay true to himself and his religion, which he revealed to be Russian Orthodox.

“It flies against the stated values of the organization, not only in the organization itself having a Pride Night and the kinds of promotional activities they have around it, but their work year round,” stated Rachel Donner, co-host of Locked on Flyers.

Locked On has a daily podcast covering EVERY NHL team, find yours today!

Donner and co-host Russ Cohen argued the fact there were no immediate repercussions sends the wrong message to players and fans.

“With Provy, he’s being true to himself and to his religion,” the first-year Flyers coach said. “This has to do with his belief and his religion. It’s one thing I respect about Provy: He’s always true to himself. That’s where we’re at with that.”

The Flyers, for their part, released this statement.

The Flyers’ mascot, for the record, seemed all in on Pride Night.

The league’s Hockey is for Everyone campaign aims “to use the game of hockey – and the League’s global influence – to drive positive social change and foster more inclusive communities.”

Aof Wednesday morning, the NHL had not released a statement on the matter.

Locked On has a daily podcast covering EVERY NHL team, find yours today!