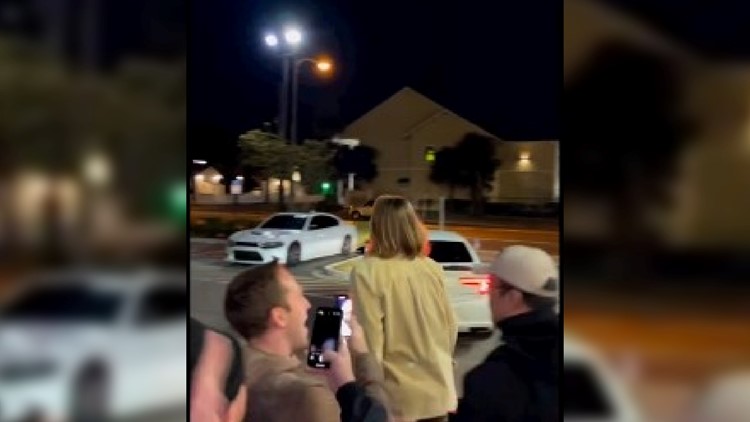 Waffle House staff say it was a welcome surprise to see Trevor Lawrence and his teammates walk in after the big game.

JACKSONVILLE, Fla. — Hours after the Jacksonville Jaguars punched their ticket to the AFC Divisional playoff round, several players were spotted eating at the Jacksonville Beach Waffle House in true Duval County fashion.

This includes star quarterback Trevor Lawrence, who apparently is a big fan of the Texas Bacon Cheesesteak Melt.

Waffle House staff tell First Coast News that it was a welcome surprise to see Lawrence and his teammates walk in after the big game.

Rita, a waiter who served Trevor, described him as humble and says he complimented her smile.

She says Lawrence ordered the cheese steak plate with a side order of pecan waffles.

Lawrence, his wife, Marissa Lawrence, and several other players stayed for about an hour and took pictures with staff and other guests who were there.

“Everybody on the radio was talking about the Waffle house. So my wife says why don’t you make a shirt, Trevor house, in the waffle house font. So I said, okay I can do that,” David Meyer, Owner Design Lab, said.

This isn’t the first time that the Jacksonville Beach Waffle House has been in the spotlight.

Jon Gries, the actor best known for portraying ‘Uncle Rico’ in Napoleon Dynamite, was seen by Dave Robbins there in 2019, shortly before filming a bit with then-quarterback Gardner Minshew.

But why? In the midst of Minshew Mania, 8103 clothing made national headlines by creating a shirt design that compared Minshew to Gries’ iconic character.