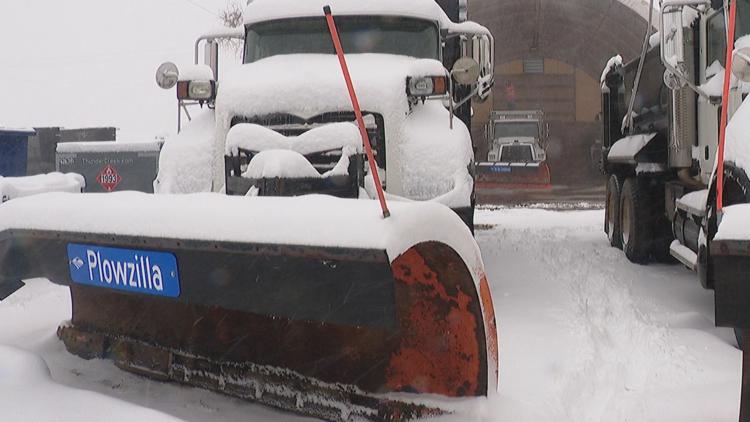 With names like Plowzilla and Plowasaurus Rex, Brighton’s snowplows provide a bit of levity for their hard-working drivers.

BRIGHTON, Colo. — In Brighton, the city has unique names for all of the big machines they use to clear the streets.

The names provide some fun for the hard-working people who drive them.

“The long hours, the long shifts, sometimes there are some guys here who have pulled 24-hour shifts before,” said plow driver Joe Antuna.

But when the day slogs on, the trucks are a reminder to smile.

The nameplate on Antuna’s truck bears the moniker Plowasaurus Rex.

“Honestly, I do love ‘Plowasaurus Rex’ but I was hoping for ‘Baby Snowda,'” Antuna said with a laugh.

He said “Plowasaurus Rex” is a fitting name for a snow plow.

The idea for that name came from Caleb Sledge, one of the elementary school students who participated in a snowplow naming contest for kids.

Caleb said he came up with the name while playing with his brother.

“So my brother was playing with his little toy dinosaurs and he shouted, ‘Tyrannosaurus rex!’ And then I was thinking of snow plows and I said ‘plow’ super slow and at the same exact moment he said ‘Tyrannosaurus rex’ so it sounded like ‘Plowasaurus Rex.'”

The other plow names are good, too. There’s ‘Optimus Plow,’ ‘Buzz Iceclear,’ ‘Plowzilla’ and ‘The Sleet Defeater,’ to name a few.

Kids will get another chance to name the plows later this year. The annual contest will be held again in October.