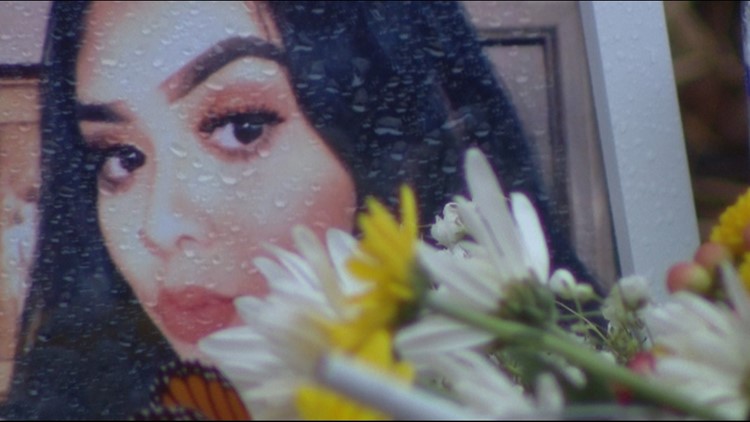 Robert Solano is already charged with second-degree murder for a fatal shooting at a Lakewood car wash last July.

DENVER — One of three people arrested for first-degree murder for the killing of a 17-year-old girl in Denver last March was already behind bars in Jefferson County for a different homicide in Lakewood that occurred months after the teen’s death.

Jasmine Rivas-Hernandez was found dead by officers on March 26, 2022, in Denver after a caller reported a woman on the ground in the 1500 block of North Quebec Street. Investigators determined she died from a gunshot wound to her torso, Denver police said.

Police announced this week that three people were arrested in her case. They include:

An arrest warrant was issued Tuesday for Chavez, 26, on suspicion of accessory to a crime of first-degree murder and abuse of a corpse.

Police also said Shiloh Fresquez, 21, was arrested Jan. 3. The Denver District Attorney’s Office charged her with accessory to a crime of first-degree murder and attempt to influence a public servant.

According to Denver Police, Solano and Chavez were already in custody on unrelated charges.

Solano, who faces a first-degree murder charge for Rivas-Hernandez’s death, is being held in Jefferson County on charges related to a fatal shooting at a Lakewood car wash.

Ramon Castro Contreras, 27, was shot and killed at a car wash near Sheridan Boulevard and West Colfax Avenue on July 31, 2022.

Surveillance video showed three masked suspects and a vehicle pull up to Castro Contreras’ vehicle as he was parked in a car wash bay, according to Lakewood Police. Within seconds, the suspects shot the victim as he tried to drive away.

Solano was arrested a day after the shooting in a stolen vehicle associated with the shooting. He told police he did not know the other suspects but said they asked him to pull his vehicle behind the vehicle parked in the car wash stall which he did.

After moving to that location, Solano said the others approached the vehicle in the bay on foot and fired several shots.

He’s charged with 15 counts in the Lakewood shooting, including second-degree felony murder, aggravated robbery, and possession of a weapon by a previous offender.

Keandre Mims and two juveniles were also arrested in the Lakewood case. Mims is charged with first-degree murder after deliberation and numerous counts of aggravated robbery and felony menacing as well as tampering with physical evidence, court records show.

He has five prior felony convictions including robbery and attempted escape convictions in Denver and an assault on a peace officer case that occurred at the Sterling Correctional Facility.

One of the juveniles was charged as an adult. Johntae Guyton is charged with 14 counts including second-degree felony murder and numerous counts of aggravated robbery.