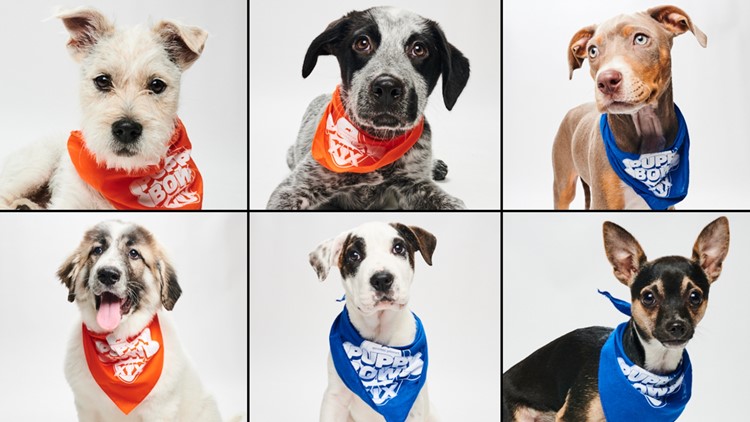 Four puppies from a Brighton rescue and two from a Colorado Springs shelter are competing in this year’s game.

DENVER — It turns out that for the big game, Colorado won’t be on the sidelines after all when it comes to a matchup that fans look forward to all season – the Puppy Bowl!

The three-hour feel-good fluff-fest showcases puppies from rescues and shelters across the country. Puppy Bowl XIX will include six dogs from the Front Range among its lineup of more than 100 adorable competitors on Team Ruff and Team Fluff.

Four of the Colorado pups come from Lifeline Puppy Rescue in Brighton, which also had four competitors in the 2022 Puppy Bowl.

The other two competitors come from the Humane Society of the Pikes Peak Region in Colorado Springs, which is making its debut this year in the Puppy Bowl.

All the dogs in the Puppy Bowl and the cats performing at halftime are from rescues and shelters. The program is designed to raise awareness about adoption pets and rescuing abandoned animals.

> Click here for the full lineup of Puppy Bowl puppies.

Who are the Puppy Bowl puppies from Colorado?

She’s the only Colorado puppy in the starting lineup for the big game. According to the Puppy Bowl website: “Vivianne is a bulldog with something to prove! Sure-footed Vivianne is definitely a pup who can put points on the board. She’s bringing all her energy, agility and positivity to the team, but will that be enough to take home the big prize?”