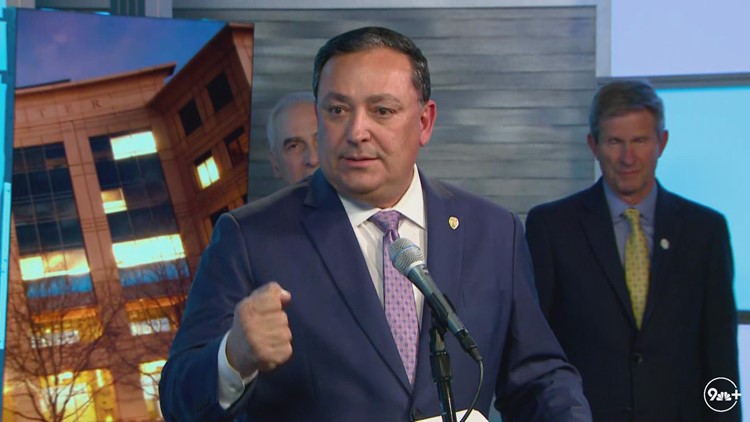 Police Chief Art Acevedo said he followed a driver who who was on the wrong side of the road and sideswiped his vehicle.

AURORA, Colo. — Aurora’s interim police chief, Art Acevedo, said Monday on Twitter that a person suspected of drunken driving sideswiped his vehicle and that he followed the driver until other officers arrived and “handled” the situation.

It happened about 5:30 pm. Sunday in the area of Peoria Street and Fitzsimons Parkway, after Acevedo had met with officers at the District 1 station, according to the Aurora Police Department (APD).

Acevedo wrote that the other driver came onto the wrong side of the roadway and sideswiped his vehicle going in the opposite direction, then fled the scene.

He followed the driver to a residence in Denver, where Denver and Aurora officers took a suspect into custody on suspicion of DUI – leaving the scene of an accident, carless driving and driving without a license, APD said.

“Thankful I was able to follow the hit and run driver until Aurora PD and Denver Police arrived and handled,” Acevedo wrote.

He wrote that he was “glad to wake up this morning without body aches.”

Glad to wake up this morning without body aches after being sideswiped by a DUI who came onto wrong side of roadway and sideswiped me going in opposite direction and fled. Thankful I was able to follow the hit and run driver until @AuroraPD and @DenverPolice arrived and handled. pic.twitter.com/iP5RxiSQd4

The City of Aurora named Acevedo as its interim police chief in November, replacing interim chief Dan Oates. He took over the Aurora Police Department in December.

Acevedo was previously the police chief in Austin, Texas; Houston, and most recently, Miami. He also operated a law enforcement consulting company.

Aurora has been looking for a new chief since April, when the city fired former Chief Vanessa Wilson.