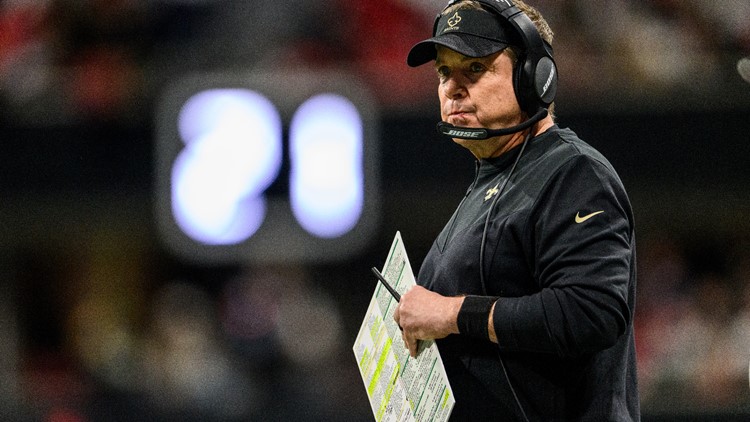 The Broncos’ decision on whether to trade for Payton is complicated because the team already traded away two 1st-round picks last year.

And he hasn’t won a playoff game since the crowdless COVID season of 2020.

No way New Orleans Saints general manager Mickey Loomis can block a Broncos attempt to hire Payton by insisting on two first-round draft picks in return – if indeed Payton is Greg Penner’s number one choice as Denver’s next head coach.

Penner, the Broncos’ CEO, has completed interviews with eight candidates but took the weekend to decide which finalist or two or three to bring in this week for another interview. If he brings in just one, then clearly that would be the guy Penner plans to hire.

Is his top choice as the new week commences Sean Payton or someone else?

Given the Wilson trade, and the 5-12 Broncos have enough roster needs to humble the greatest of head coaches, two first-round draft picks for the right to pay a $20-million-a-year deal to Sean Payton is simply too steep a price.

But how about one first-round pick — which is known to be in the No. 28 to 31 overall range because that selection originated with the 49ers, who are now in the NFL’s Final Four — plus one of the Broncos’ three third-round picks?

History says the Broncos should do it if they believe Sean Payton is the man for their job. Here is a look at some of the more high-profile trades involving head coaches:

Shaw only rushed for 236 yards in two years; Denson had only four starts in three years; Simmons recorded only 56 catches for 981 yards and six TDs in three years; Katzenmoyer was a rookie starter but a neck injury limited him to just three more starts.

Parcells immediately transformed the 1-15 team he inherited to a 9-7 contender in his first year, then went 12-4 with an AFC Championship Game loss to the Broncos in his second year. The Jets won the trade.

1999: The Packers traded Mike Holmgren to the Seahawks for a second-round pick, who turned out to be cornerback Fred Vinson. A nickelback as a rookie, Vinson was traded prior to Seattle for running back Ahman Green, who had five consecutive monster, 1,100-plus seasons from 2000-04.

Holmgren had a nice nine-year run in Seattle, averaging better than 9-7 a season, with a 2005 Super Bowl appearance. He was fired after a 4-12 year in the 10th year, 2008. Even with the indirect deal for Green, Seattle won this trade.

Belichick guided the Patriots to nine Super Bowls, winning six. The Patriots won this trade in a rout.

2002: Jon Gruden traded from Raiders to Tampa Bay in 2002 in exchange for two first-round draft picks and one second-round pick. The best the Raiders did with those picks was offensive tackle Langston Walker (a nine-year player, five years worth of starts) and defensive end Tyler Brayton (the former Colorado Buff was a nine-year player and six-year starter).

Gruden immediately led Tampa Bay to the 2002 Super Bowl title and had two more playoff appearances, although his overall record of 57-55 was disappointing. Still, you’d have to say Tampa Bay won the trade.

And if a first-round pick is still a hurdle after already surrendering the top-end draft haul a year ago, here’s a look at the players selected No. 28 to 31 overall in the past three drafts:

Conclusion: Strange and Karlaftis are nice players and starters.

Conclusion: Rousseau is a very good player and Stokes and Oweh are nice.

Results: Queen has made 50 consecutive starts and has 10.0 sacks while averaging 107 tackles a year. Wilson was one of the greatest first-round busts of all time as he played in just one game because of off-field and team misbehavior. He’s now out of the league and is trying to become a rapper. Igbinoghene only has five starts in three seasons. Gladney was a 15-game starter as a rookie, then was released following domestic abuse charges (later found not guilty). Gladney and his girlfriend were killed in an automobile accident seven months ago in which he was driving and traveling at an excessive speed.

Conclusion: Queen is an exceptional player.

There’s the research. What would you do?