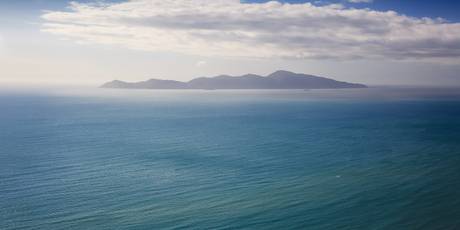 A person fishing nearby saw a body in the water near Kāpiti Island today. Photo / File

A body was found in the water near the southern end of Kāpiti Island this morning.

Police said they are working to identify who the person is after the body was discovered on the edge of the island.

A member of the public, who was fishing in the area, alerted police at 9.55am after seeing what they believed to be a human body.

The Police Maritime Unit and National Dive Squad responded and at about 1.30pm a body was recovered.

Police said work will now be undertaken to identify the person, notify their next of kin, and establish why they were in the water.

A rāhui will be established in the wider area, with details to be confirmed.