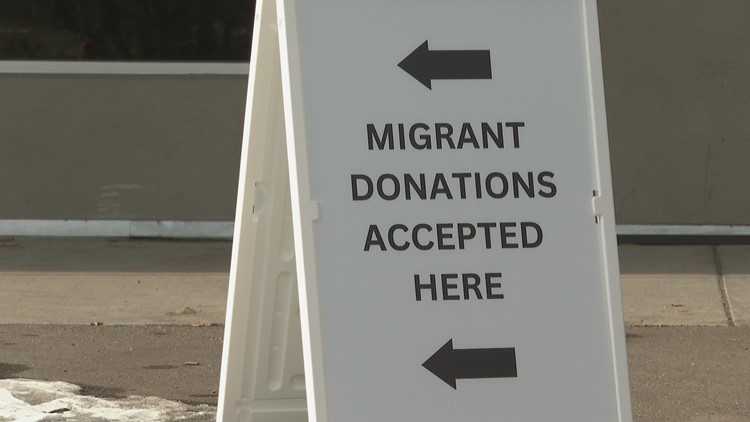 The donation site in the Little Saigon Business District of Denver keeps busy with volunteers working to organize donations on Tuesdays.

DENVER — Although the Department of Homeland Security says daily migrant encounters at the border are dropping, the migrants who have arrived in Denver since December still need access to basic necessities.

The donation site in the Little Saigon Business District on Federal Boulevard is busy on Tuesdays with volunteers organizing donations of winter clothes and hygiene products to be brought to Denver’s make-shift shelters.

Although the site is supposed to close at the end of January, the city of Denver is considering extending it for another month because the need is still there.

“They’re hoping to get a lot of snow boots and winter clothes still,” said one volunteer.

Volunteers sorted through all the bags of donations, and sometimes need to throw away unwanted things like used underwear.

The donation site on the west side of Denver is a space that Father Joseph Dang helped get up and running.

He came to the United States when he was 10 years old from Vietnam. Although it was a long time ago, he has always wondered what would have happened If no country took him in, or helped his family.

“It is also is to remind yourself that you were an immigrant and we all need help somewhere and somehow,” said Father Dang.